Honorary Consulate General to the Swiss Confederation established in St. Kitts And Nevis 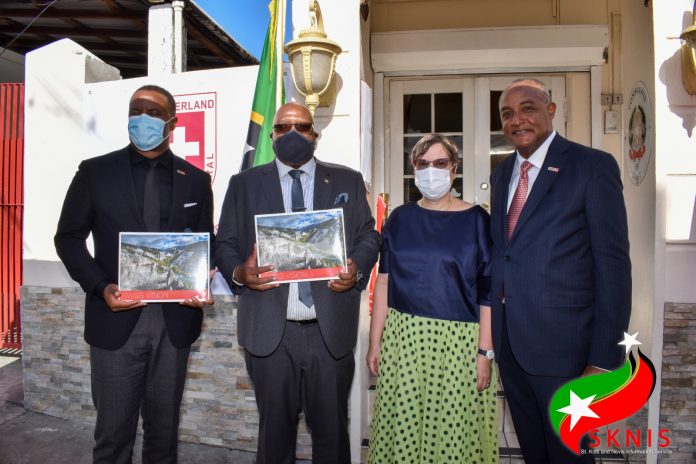 During Her Excellency’s visit, an Honorary Consulate General was established in St. Kitts and Nevis, with an official opening on March 10.

Mr. Ernest Amory, Owner and Chairman of Amory Enterprises, was named Honorary Consul General of Switzerland, and he was honoured to serve in that capacity.

Ambassador Hammerli-Weschke said an excellent representative we have found in Mr. Amory, and more possibilities would arise through their work together.

Mr. Ernest Amory also serves as the Hon. Vice-Consul of Italy to St. Kitts and Nevis.

Ambassador Hammerli-Weschke said the opening of the Honorary Consulate post was to provide Swiss Nationals with a contact point in St. Kitts and Nevis for issues including passport and documentation requests.

According to a release from the Government information service, the ambassador also discussed the exchange of expertise in human resources, academic scholarships, Switzerland’s bid for a seat on the United Nations Security Council, and the proposed Basseterre Valley Solar Farm.

In the three-decade cordial diplomatic relations between St. Kitts and Nevis and the Swiss Confederation, which saw visa-free access between both countries, now more bilateral work is expected with the establishment of the Honorary Consul General here.

The opening was attended by Prime Minister the Hon Dr Timothy Harris, Foreign Affairs Minister and Premier of Nevis the Hon. Mark Brantley and other senior government officials.