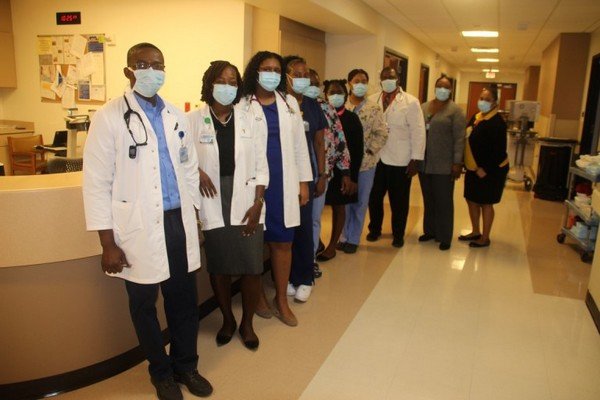 (BVI News) Staff at the Dr. D. Orlando Smith Hospital were left traumatised after coming face to face with the unusual reality of nearly four deaths per day during the height of the BVI’s COVID-19 surge in recent weeks.

CEO of the BVI Health Services Authority (BVIHSA), Pat Malone-Smith said hospital staff have since been engaged in counselling as a result of this reported trauma and have been involved in both one-on-one and group sessions.

Meanwhile, the CEO said it was important that support was offered at this time and noted that there is also a team in place for staff to speak with wherever the need arises.