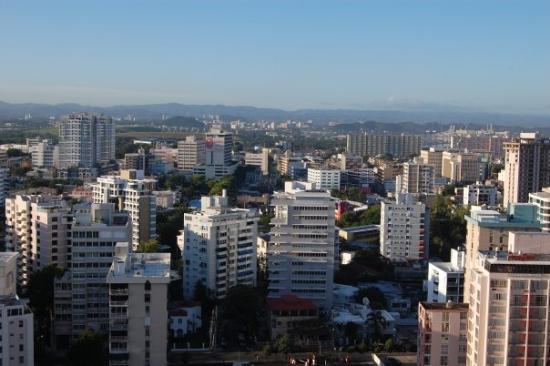 WASHINGTON (AP): The US House passed a bill yesterday that would allow Puerto Rico to hold the first-ever binding referendum on whether to become a state or gain some sort of independence, in a last-ditch effort that stands little chance of passing the Senate.

The bill, which passed 233-191 with some Republican support, would offer voters in the US territory three options: statehood, independence or independence with free association.

“It is crucial to me that any proposal in Congress to decolonise Puerto Rico be informed and led by Puerto Ricans,” said Rep. Raúl Grijalva, D-Ariz., chairman of the House Natural Resources Committee, which oversees affairs in US territories.

The proposal would commit Congress to accept Puerto Rico into the United States of America (USA) as the 51st state if voters on the island approved it. Voters also could choose outright independence or independence with free association, whose terms would be defined following negotiations over foreign affairs, US citizenship and use of the US dollar.

Majority Leader Steny Hoyer, who has worked on the issue throughout his career, said it was “a long and torturous path” to get the proposal to the House floor.

“For far too long, the people of Puerto Rico have been excluded from the full promise of American democracy and self-determination that our nation has always championed,” the Maryland Democrat said.

After passing the Democrat-controlled House, the bill now goes to a split Senate where it faces a ticking clock before the end of the year and Republican lawmakers who have long opposed statehood.

Puerto Rico Governor Pedro Pierluisi, of the pro-statehood New Progressive Party, travelled to Washington for the vote. He called it a historic day and said the 3.2 million US citizens who live on the island lack equality, do not have fair representation in the federal government and cannot vote in general elections.

“This has not been an easy fight. We still have work to do,” he said. “Our quest to decolonise Puerto Rico is a civil rights issue.”

Members of his party, including Puerto Rico Resident Commissioner Jenniffer González, cheered the approval of the bill, although reaction in the US territory was largely muted and tinged with frustration since it is expected to be voted down in the Senate.

The proposal of a binding referendum has exasperated many on an island that already has held seven nonbinding referendums on its political status, with no overwhelming majority emerging. The last referendum was held in November 2020, with 53 per cent of votes for statehood and 47 per cent against, with only a little more than half of the registered voters participating.

The proposed binding referendum would be the first time that Puerto Rico’s current status as a US commonwealth is not included as an option, a blow to the main opposition Popular Democratic Party, which upholds the status quo.

“We Puerto Ricans are tired of the fact that the New Progressive Party has spent 28 years in Washington spending resources on sterile and undemocratic status projects,” he said.

González, Puerto Rico’s representative in Congress, praised the bill and said it would provide the island with the self-determination it deserves.

“Many of us are not in agreement about how that future should be, but we all accept that the decision should belong to the people of Puerto Rico,” she said.