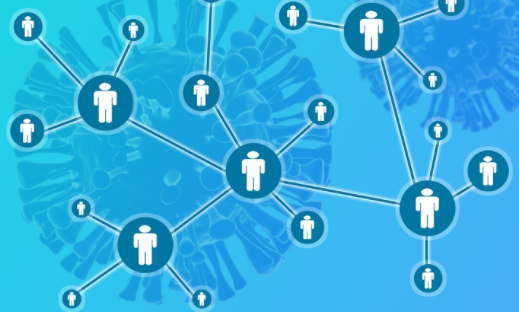 St. Kitts and Nevis (WINN): Twenty-five confirmed cases of COVID-19 reported in 48 hours, the most for that period since contact tracing, linked to a local case, began on Wednesday, May 19.

In just three weeks the confirmed case count increased by 73 bringing the number of reported cases, since last year, to 119 with 66 active ones.

Health officials say contact tracing efforts, that lead them to 1,460 people, may have stopped the exponential spread of the virus.

Also reported, continued contact tracing and an increase in personnel to engage in tracing efforts, increased testing capacity and establishing a new isolation site by the Ministry of Health.

Given the need to increase personnel, testing, and a new isolation site, all this begs the question…

“Does Contact Tracing work in curbing the spread of a virus?”

Before that, we should establish what exactly is Contact Tracing?

According to the World Health Organization, “contact tracing is the process of identifying all people that a COVID-19 patient has come in contact with in the last two weeks.”

To achieve this feat:

A system to Identify cases

A system to feedback Data

Quarantine facilities, and the

The ability to provide treatment should be set up.

Assuming such systems exist, do they account for testing delays, alternative branches/clusters of the spread, or simple human error in remembering two weeks’ worth of movement and interaction.

Health officials are essentially chasing an invisible enemy who already had a head start at an unknown time. However, contact tracing still helps, according to local and international health officials, in slowing the spread of the virus.

In an article from GAVI on the topic at hand, it stated, “Contact tracing can be most effective during the initial stages of an outbreak, or towards the end when cases have dropped, and it may be more practical because taking contact tracing to scale when the transmission is most widespread may be challenging for some countries.”

In light of the community spread in the Federation, all schools have closed their doors and switched to online instruction for two weeks in the first instance and now until the start of the next school year in September.

With the current community spread and the CMO dubbing, an individual who was linked to nine positive cases, a super spreader, is there an end to contact tracing? Will we ever catch up, or will the virus always be one step ahead?

Now that is an entirely different beast to tackle.