How Stable Are The Federation’s Volcanoes? 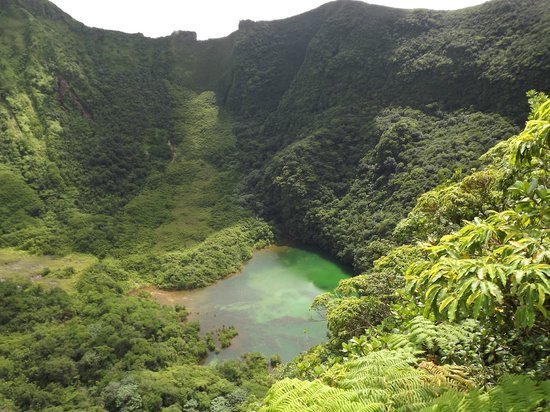 St Kitts and Nevis (WINN): To mark the end of a year that proved disastrous for the entire world, the people of St. Vincent and the Grenadines were faced with one final challenge.

On December 27, 2020, for the first time in 41 years, the local volcano La Soufrière began exhibiting renewed signs of activity.

As of writing, the volcano continues to expel mostly steam and gas while the volcanic dome slowly expands.

The National Emergency Management Organization (NEMO) on St. Vincent and the Grenadines has issued an “orange” alert which according to their official website signifies that “Eruption may occur with less than 24 hours notice”.

While scientists and government officials continue to monitor the situation, many of us within the Federation of St. Kitts and Nevis have begun to wonder as to the stability of our own volcanoes.

Do Mount Liamuiga and Nevis Peak display any of the telltale signs of an impending eruption?

Are the volcanoes being monitored, and if so by who?

Where would the “exclusion zones” of St. Kitts and Nevis be located?

Radiocarbon dating from the Smithsonian Institution’s Global Volcanism Program points to the eruption having occurred approximately 1840 years ago, and while there are historical accounts of an eruption occurring 178 years ago there has yet to be any geological evidence confirming this.

The most recent seismic activity from Mt. Liamuiga occurred in January 1989, with a series of earthquakes occurring beneath the volcanic dome.

Due to the heavy vegetation coverage present on Nevis, as well as the fragility of some kinds of volcanic deposits, researchers have found it difficult to posit a conclusive eruption history of Nevis Peak given the data available. Oftentimes researchers may not have the necessary data to predict where outcrops relevant to eruptions are located. This means it is often both economically and environmentally costly to clear large swathes of vegetation, as it may lead to no further insights.

Most islands in the Eastern Caribbean that contain active volcanoes are constantly monitored.

Much of this monitoring is conducted by the University of the West Indies’ Seismic Research Centre (SRC) which has surveyed seismic and volcanic activity in the region since 1953.

However, despite this institution’s crucial role in mitigating the threat that comes with living near active volcanoes, the organisation has had its share of difficulties.

In a research paper submitted to Geosciences in 2019, the SRC expounds on issues with hurricanes damaging monitoring equipment, the lack of financial support in their efforts, as well as the sheer scale of the area being monitored as major challenges in their monitoring operations.

Despite this, however, the SRC continues to “[implement] new strategies to address the challenges it faces”.

The SRC has been able to obtain funding assistance from foreign monitoring agencies, helping the SRC stay up-to-date with modern technologies and monitoring techniques.

In a volcanic hazard assessment written in 2001, volcanologist K. Simpson and seismologist John B. Shepherd recommend that refuge points should be known by the general population and volcanic hazard maps should be made easily available to the public.

In the case of Liamuiga’s eruption, the northwest of St. Kitts will need to be evacuated.

If Nevis Peak erupts, the entire island will need to be evacuated.