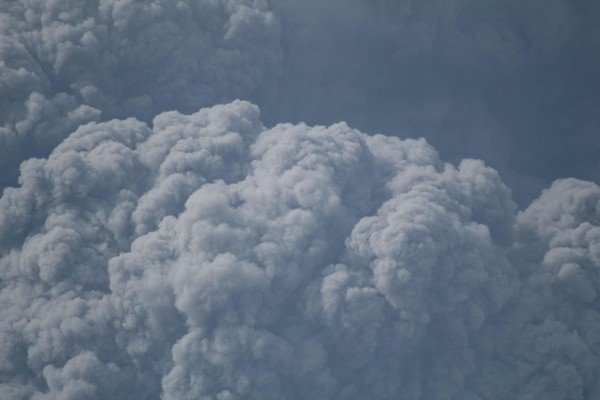 St. Kitts and Nevis (WINN): In an update from the University of the West Indies Seismic Research Center (UWI-SRC) at around 4:15 am Monday, April 12, explosions with pyroclastic density currents, that is a dense and destructive mass of very hot ash, lava fragments, and gases ejected explosively from a volcano and typically flowing downslope at great speed occurred entering multiple valleys surrounding La Soufriere volcano.

The event was confirmed by Dr. Richard Robertson of the UWI-SRC during a virtual update Monday morning on the La Soufriere situation where he spoke about how the event occurred and also sharing that earlier there were smaller flows started as early as Sunday, April 11.

Dr. Robertson in explaining what pyroclastic density currents are and the effects it has on its surroundings said he shuddered to think that any living creature would have been in the path of the Pyroclastic flow because they would be gone.

The ejection of this dense ash and lava fragments have extremely high temperatures ranging from 200°C-700°C and sticks close to the ground as it flows.

According to UWI-SRC, analysis of satellite imagery and comparison with previous images show that the explosive eruptions thus far have destroyed the pre-existing domes of both 1979 and 2020-21.

The current explosions are being generated from a new vent and the volcano continues to erupt explosively.

Dr. Robertson indicated that although the current activity of the volcano is sluggish, there is no exact estimation as to when the eruptions will cease. Explosions and accompanying ashfall, of similar or larger intensity, are likely to continue to occur over the next few days.

Additionally, at least 14 new cases of COVID-19 have been reported since the eruptions began on Friday, and all those going to shelters are being tested. Those who test positive are taken to isolation centers. More than 3,700 people are in 84 government shelters.