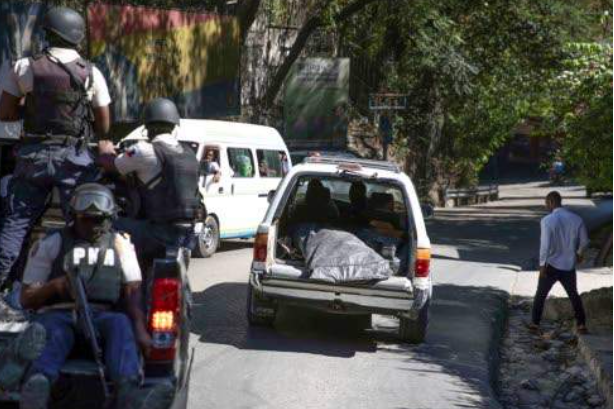 “Failure to protect the journalist in the exercise of his mission to inform public opinion constitutes an obstacle to press freedom, democracy, and respect for human rights in general,” the OPC said in a statement.

It called on the authorities to launch an investigation into the murder of the two journalists in order to identify the alleged perpetrators of these crimes and to prosecute them in accordance with the law.

The OPC said that the protection of journalists is the responsibility of the State, which has the obligation “to guarantee the right to life, to health, to respect for the human person to all citizens without distinction, in accordance with the Universal Declaration of Human Rights”.

The National Police of Haiti has confirmed that they had recovered the bodies of the two journalists from Laboule 12, which has been the scene of intense fighting with rival gangs, most notably, Ti Makak and Toto fighting for control of the area.

The area is considered to be the only alternative land route to reach the southern half of the country, and since June the main road has been controlled by one of the most powerful gangs in Haiti.

The justice of the peace of Pétion-ville, Eno Rene Louis, said the bodies of the two journalists bore several bullet wounds and they had also been shot several times in their heads.

The Association des Independent Haitian Media said that the two journalists had travelled to Laboule to conduct an interview with the leader of Ti Makak gang and they may have been intercepted and killed by members of the rival Toto gang.

In the past five years at least six journalists have been murdered in Haiti and last week, the United Nations Educational, Scientific and Cultural Organization said Haiti is the only Caricom country to have registered a death of a media worker in 2021.