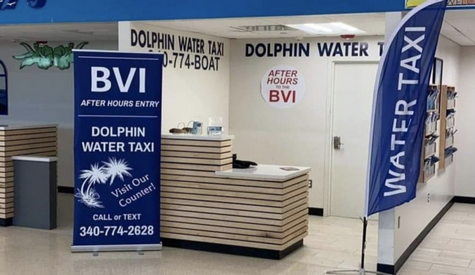 (BVI News) Following the government’s recently-announced border reopening protocols, at least one marine taxi company that transports tourists from the neighbouring US Virgin Islands (USVI) to the territory is already reporting nearly 500 booking cancellations that amount to a loss of more than $100,000.

This company is the USVI-based Dolphin Water Taxi, which employs about 15 locals through partnerships with privately-owned commercial BVI boats.

According to its manager, Greg Aberle, bookings had started to multiply daily after the government announced that the BVI would reopen for tourism on December 1.

He said: “We would normally have roughly 2,000 for the last quarter of the year with 1,500 of that being in the month of December. This year was different because nobody knew when the BVI was going to open. We had only bookings for maybe 350 for the month of December that had come in February, March, April, and that time frame.”