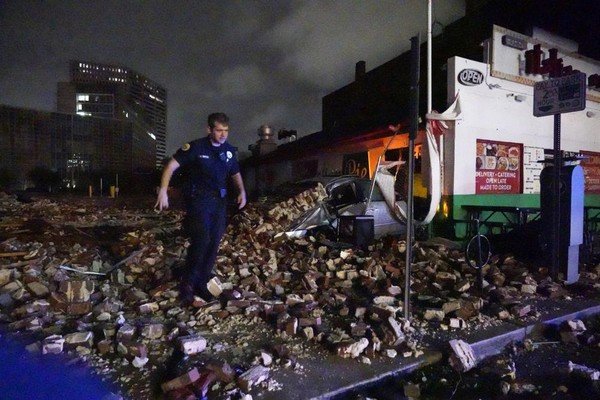 NEW ORLEANS (AP) — A fearsome Hurricane Ida left scores of coastal Louisiana residents trapped by floodwaters and pleading to be rescued Monday while making a shambles of the electrical grid across a wide swath of the state in the sweltering, late-summer heat.

One of the most powerful hurricanes ever to hit the U.S. mainland weakened into a tropical storm overnight as it pushed inland over Mississippi with torrential rain and shrieking winds, its danger far from over.

Ida was blamed for at least one death — someone hit by a falling tree outside Baton Rouge — but the full extent of its fury was still coming into focus at daybreak.

All of New Orleans lost power right around sunset Sunday as the hurricane blew ashore on the 16th anniversary of Katrina, leading to an uneasy night of pouring rain and howling wind. The weather died down shortly before dawn, and people began carefully walking around neighborhoods with flashlights, dodging downed light poles, pieces of roofs and branches.