Hurricane Iota: At Least Six Killed and 60,000 Evacuated in Nicaragua 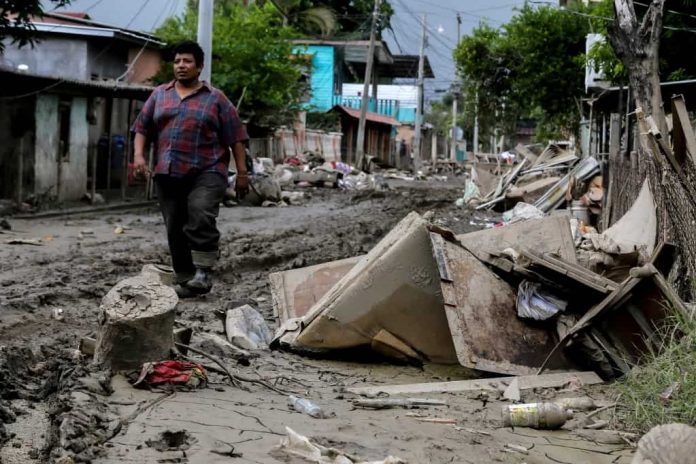 (The Guardian) At least six people have been killed and more than 60,000 evacuated after Hurricane Iota struck Nicaragua, prompting Joe Biden to say the surge in the number of powerful storms meant fighting the climate crisis was vital.

Reports in the Nicaraguan press said at least three children were among the victims as the hurricane hammered the Central American country on Tuesday after making landfall the previous night.

La Prensa newspaper reported that two of the victims, siblings aged eight and 11, were swept away by a raging river south of the capital, Managua. Thirteen people were reported missing after a landslide near the city of Matagalpa, including a 12-year-old girl.

Images from the Caribbean town of Bilwi showed the terrifying punch of a hurricane that wrenched utility poles from the ground and tore zinc roofs from seaside homes.