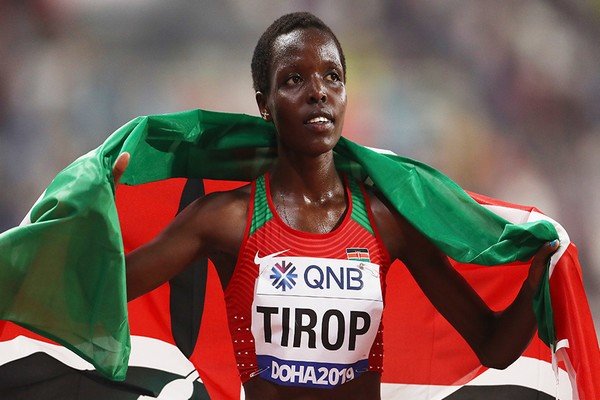 NAIROBI, Kenya (AP) — The husband of Olympic runner Agnes Tirop has been arrested and will be charged with her murder after Kenyan police launched a nationwide manhunt and found him in the coastal city of Mombasa trying to flee the country, authorities said.

Ibrahim Rotich was arrested just before 9 p.m. Thursday, police said, but only after crashing his vehicle into a truck in a car chase with police and escaping a first attempt by officers to apprehend him about 460 kilometers (285 miles) from Mombasa. He was finally arrested hours later in the eastern city.

Rotich was detained a day after Tirop, a two-time world championship bronze medalist, was found stabbed to death at her home in the western town of Iten, more than 800 kilometers (500 miles) from Mombasa on the other side of the country. The 25-year-old Tirop’s body was found in a pool of blood with stab wounds in the abdomen, police said.