‘I Can No Longer Recognise UWP’ – King 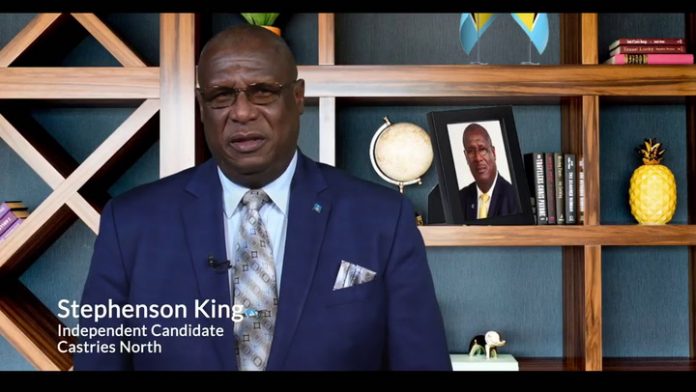 (Loop St Lucia) In an address to the nation Thursday evening, Castries North MP Stephenson King explained his decision to contest the 2021 general election as an independent candidate, rather than on a United Workers Party (UWP) ticket, which he has done for over three decades.

According to King, the UWP has lost its way.

“I’ve pursued politics, under the mantle of the United Workers Party since 1981 steadfast in the belief that a party founded and led by Sir John Compton represented a set of ideals which we all held as sacrosanct and which we believe would never betray the people, and would into posterity always work first and foremost for the benefit of this nation,” the veteran politician said.

WhatsApp
Facebook
Twitter
Linkedin
Email
Print
Previous articlePlan to Allow Vaccinated People from Abroad into UK Without Quarantine to be Revealed in ‘Next Couple of Weeks’
Next articleMale Victims of Domestic Violence Struggle to Disclose Abuse, Says Constable Millington