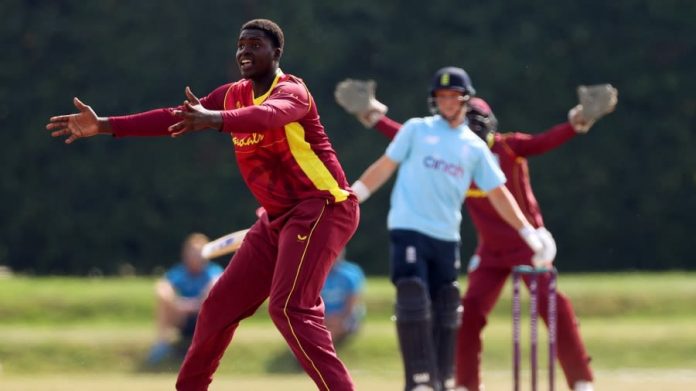 St. Kitts and Nevis (WINN): Two Nevisian cricketers from the ICC U-19 World Cup Tournament have tested positive for COVID-19.

The two cricketers are Onaje Amory and Jaden Carmichael from the West Indies squad.

The tournament’s Event Technical Committee has allowed temporary replacement Kevin Wickham and Nathan Edwards for the two players who will now serve an isolation period.

According to an article from ESPN Cricinfo, “the announcement from ICC came just hours before a match that West Indies must win to make it to the quarter-finals. Offspinner Amory is the only West Indies bowler to complete all ten overs in the two games they have played so far, taking three wickets with an economy rate of 3.75. Carmichael has not yet played a game.

There are provisions at the Under-19 World Cup for fixtures to either be postponed or relocated in case of a Covid-19 outbreak. But, with West Indies having adequate replacements on hand, there was no need to take any extreme measures. Wickham and Edwards were immediately brought into XI to play against Sri Lanka on Friday but their time with the team is temporary. They will be removed from the squad as soon as the infected players are able to return.”