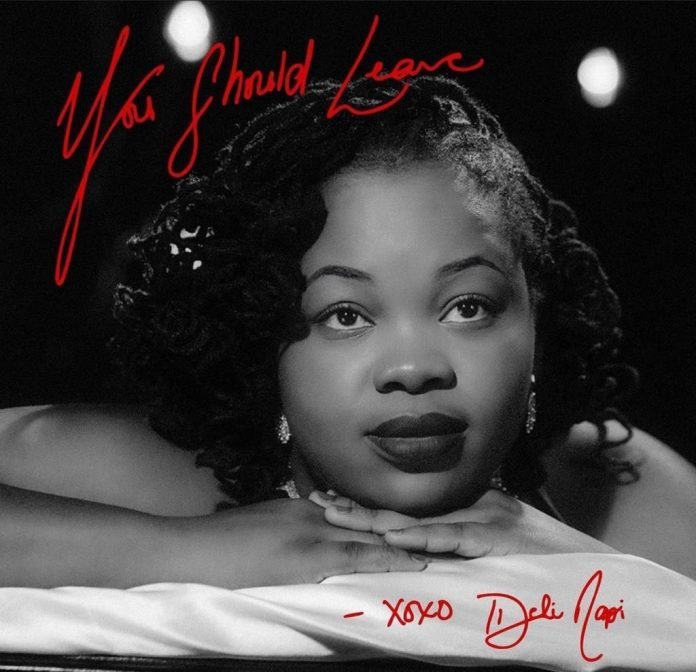 St. Kitts and Nevis (WINN): Local recording artist Ideli Napi is back with her second single ‘You Should Leave’, an upbeat almost Pop infused Reggae tune about letting go according to the artist herself.

The new single was produced by Hey Boii Beats; written by Delrose Wilkinson; mixed by Stephen Richards from Project Reveal and mastered by Azem Bailey from Rebelution Media with live bass guitar from Melbert Pemberton. Ideli is signed to the label Entrée Collective.

‘You Should Leave’ dropped on iTunes March 5 and in an interview on WINN’s weekday morning show Island Tea she explains the meaning behind the song.

“Letting go… things that don’t serve you, people that don’t serve you anymore, as hard as it may be… sometimes… there are better opportunities out there for us but because we’re so stagnant in our comfort zone we feel protected and guarded by that but it’s always good to step out of that and step into your greatness… to elevate yourself and your life… That’s where the inspiration and all of that came from in making this track,” Ideli explained.

You would remember Ideli as the lead vocalist for the local cover band KC5 Band or when she premiered her first solo single ‘Run Come’ in September 2020 which was a slightly slower mid-tempo song again with Reggae and RnB influences which seemed to be beaconing love to run come. A stark juxtaposition to her new single.

Since the release of her debut single Ideli describes the feedback she has been receiving as a wave of love.

“It’s just been a lot of love, definitely, from our local community even outside of that I’ve gotten a lot of love and just ‘Wow I didn’t know you have this in you,’ ‘We’ve always seen you as this nice soft songbird’… I’m coming into my own… so it’s something different and a lot of people, especially locals, … keep telling me that I have such a different and [unique] sound and I feel like that’s the best compliment ever, to sound uniquely Ideli Napi.”

Both ‘You Should Leave’ and ‘Run Come’ are available on all streaming platforms.

There is no music video for ‘You Should Leave’, although when asked if anything is in the pipeline for a video Ideli simply said “We’ll see, stay tuned…” but you can check out the music video for ‘Run Come’ on her youtube channel.