In Convention Speech, Biden Emerges From Shadow and Into ‘The Light’ 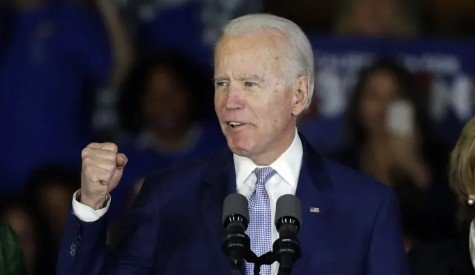 (Reuters) After a 2020 presidential campaign dominated by President Donald Trump’s words and actions, Biden on Thursday rose to the level of a true adversary as he accepted the Democratic Party’s nomination for the November election.

Accused by the Republican Trump of hiding in his basement throughout the coronavirus pandemic, Biden turned his opponent’s narrative to his advantage on the final night of the Democratic National Convention, delivering an austere address in a quiet room that some commentators, both left and right, likened to a speech from the Oval Office, not a convention floor.

Biden, 77 and nearing his 50th year in politics, cast himself as the wizened healer of a troubled and divided nation, pushing back at doubters within his party who whispered that he was wrong for the moment. He invoked President Franklin Delano Roosevelt, who presided over a nation beset by economic hardship and then war.

A day after former President Barack Obama warned that Trump posed a threat to democracy, Biden, who was Obama’s vice president, offered Americans an alternative, pledging to be “an ally of the light, not the darkness” if elected.