In Spite of Vaccine Rollouts the Pandemic still Persists 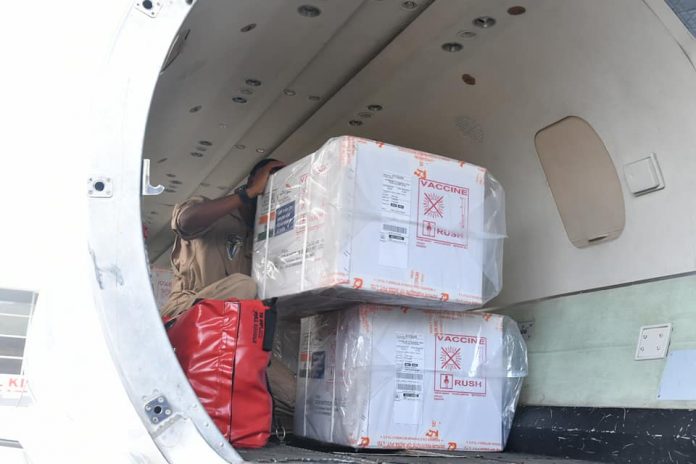 The Oxford/AstraZeneca Vaccine was reportedly chosen as the vaccine for St. Kitts-Nevis because it met certain criteria.

The Permanent Secretary in the Ministry of Health Dr. Delores Stapleton Harris explained how the Oxford/AstraZeneca met those criteria, “ Selecting a vaccine that is cost effective, safe and facilitates ease of storage will allow our Health system to cover a higher percentage of the population as we aim for individual and community coverage and an appropriate herd immunity threshold. Given the global demand, global hoarding and the fact that supply has lagged the Oxford/AstraZeneca vaccine has all those characteristics and we are certainly taking advantage of it.”

Prime Minister Dr. Timothy Harris promises to procure as many vaccines as possible in light of the prolonged presence the COVID-19 pandemic is expected to have.

In the latest edition of the Leadership Matters on Tuesday March 2, Dr. Harris addressed a question concerning vaccines purchased or procured that may not be used.

“The sale of those in which we have made a down payment is not being contemplated by the government. We want to actually reach a position [ultimately], first herd immunity and then be in a position to vaccinate anyone who enters the country and who is not yet vaccinated. We will do that of course as a precautionary measure and also a way protecting our people who are already in the country from visitors coming in who could otherwise transmit the virus.”

Reportedly all vaccines have a shelf life. AstraZeneca, the vaccine most prevalent in the Caribbean region, has a shelf life of six months. If the vaccine is not used within that six month period it would have to be discarded.

In Japan, millions of doses of the Pfizer vaccine were discarded by the government because of a shortage of special syringes that maximize the number of shots from each vial.

South Africa, early in February received one million doses of the Oxford-AstraZeneca vaccine from India.

However, according to an article on Reuters, following a study that showed “disappointing” results against the country’s new Covid-19 strain the rollout was stopped.

South Africa then switched to using the Johnson & Johnson vaccine because it is administered as a single dose and was approved by the FDA in late February.

The Johnson & Johnson vaccine has been shown to be effective against the variant first identified in South Africa.

While we are on the topic of strains, the Brazilian strain in a report by BBC “A recent study suggested that the Brazilian variant may be resisting antibodies in people who should have some immunity because they have caught and recovered from an earlier version of coronavirus.”

The strain was originally detected in the Manaus region of Brazil, which was particularly badly affected in the first wave of Covid-19 and was therefore thought to have herd immunity against the virus, but those who had already suffered from the virus and thought to be immune were re-infected.

Based on what the experts are saying, regardless of the rollout of vaccines, guards should not be dropped because of the dynamic nature of this pandemic.