In the UK, calls grow to revoke Tony Blair’s knighthood 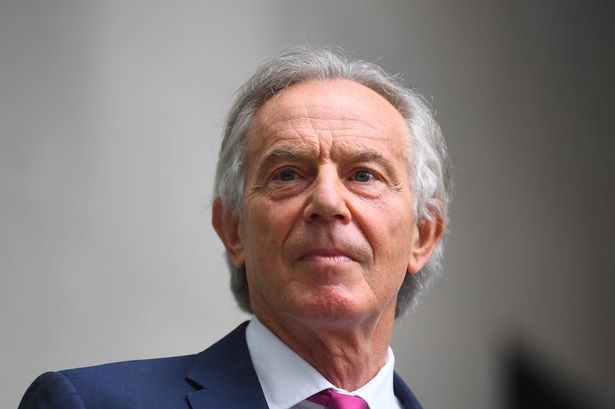 (Al Jazeera) Hundreds of thousands of people in the United Kingdom have joined a call for former British Prime Minister Tony Blair to be stripped of his knighthood, citing his role in the Iraq War.

An online petition had attracted more than 700,000 signatures as of Wednesday morning, just four days after it was set up in response to Blair being made a Knight Companion of the Most Noble Order of the Garter in Queen Elizabeth II’s New Year’s honours list.

The petition says Blair is “the least deserving person of any public honour” and calls for him to be held accountable for “war crimes”.

“Tony Blair caused irreparable damage to both the constitution of the United Kingdom and to the very fabric of the nation’s society. He was personally responsible for causing the death of countless innocent, civilian lives and servicemen in various conflicts,” it adds.

The ex-Labour Party leader, who served as prime minister from 1997 to 2007, has faced constant criticism in recent decades over his involvement in the United States-led invasion of Iraq in 2003.

The invasion, which resulted in former President Saddam Hussein’s removal from power and subsequent execution, ushered in years of conflict that saw hundreds of thousands of Iraqi civilians killed as the country descended into chaos.

To justify the invasion, Blair and then-US President George Bush had cast Hussein as a global threat who possessed weapons of mass destruction as Washington, in particular, focused on neutralising supposed threats in the wake of the September 11, 2001 attacks.

But no such weapons were ever found.

Late on Tuesday, as the campaign to remove Blair’s knighthood was gathering pace, the UK’s MailOnline news website published resurfaced allegations against Blair.

The site said a former aide of his had in 2003 ordered then-Defence Secretary Geoff Hoon to “burn” a memo written by then-Attorney General Peter Goldsmith that said the invasion of Iraq could be illegal.

At the time, the US and UK had failed to secure a specific UN resolution giving them international backing for the incursion.

Hoon said his secretary was told “in no uncertain terms” by Jonathan Powell, Blair’s then-chief of staff, that the note was to be destroyed after it had been read, the Daily Mail reported, citing passages from Hoon’s recently published memoir, See How They Run.

However, this order was defied and the memo was locked in a safe at the UK’s Ministry of Defence instead.

Blair and Powell have previously dismissed these allegations – which first emerged in 2015 – as false.

The MailOnline’s report came as an opinion poll published by UK polling company YouGov revealed 63 percent of Britons are opposed to Blair being knighted.

The survey was based on responses from 2,441 Britons and suggested that most Labour voters were also against the move.

Despite the mounting public pressure for Blair’s knighthood to be revoked, several leading politicians have spoken out in favour of him being honoured by Queen Elizabeth II.

Current Labour leader Keir Starmer and Speaker of the House of Commons Lindsay Hoyle, both of whom have already been knighted by the monarch, made separate remarks on Tuesday defending the former prime minister as a worthy recipient of the decoration.