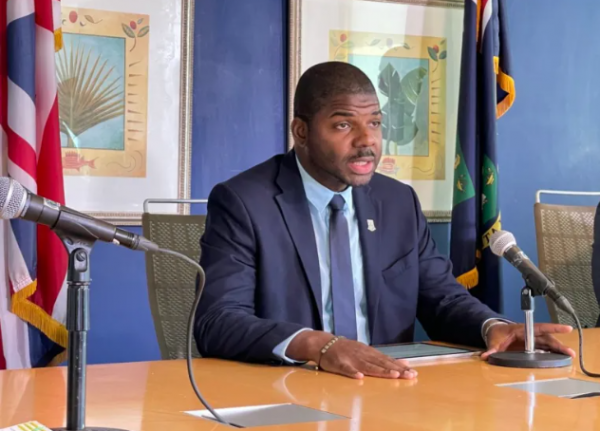 (BVI News) Responding to the “Police in Paradise” video making its round on social media, Premier Dr Natalio Wheatley described the video as inappropriate and said Governor John Rankin will address the matter with Police Commissioner Mark Collins.

The Premier said the Governor shared the same sentiments regarding the clip. Dr Wheatley also describes the nearly six-minute-long video clip which details the ills of policing in the BVI as unfortunate.

“By now many of you have become aware of a video circulating on social media entitled, “Police in Paradise”, produced by the United Kingdom media house ITV, profiling the Royal Virgin Islands Police Force tackling crime in the British Virgin Islands. This is a very unfortunate depiction of the BVI, highly damaging to our image as a tourist destination,” Dr Wheatley said in a statement.

“The video has unsettled many persons in our local and business community because of its highly distorted portrayal of the British Virgin Islands, which gives the impression that our islands are an unsafe tourist destination infested with drugs and crime. This is not true,” he added.