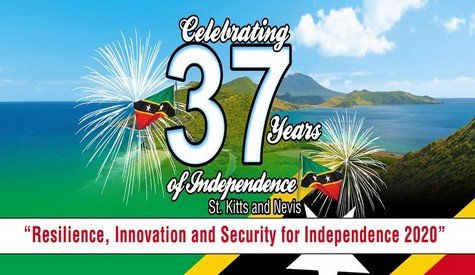 St Kitts and Nevis (WINN): The 37th Anniversary of Independence celebrations themed “Resilience, Innovation and Security for Independence 2020.” are planned for both September and October.

Activities have been adjusted to fit COVID-19 realities. The annual Independence Day Ceremonial Parade and the cocktail reception hosted by the Governor-General have been canceled.

The Prime Minister Lecture Series will be hosted online.

This year’s activities include what is described as four designated patriotic color days..

September 11 is for green; September 14 for yellow; the 15 of September for black; the 17 for white, while black should is set again for September 18.

On Independence Day, September 19 all the colors can be worn, a government release stated.