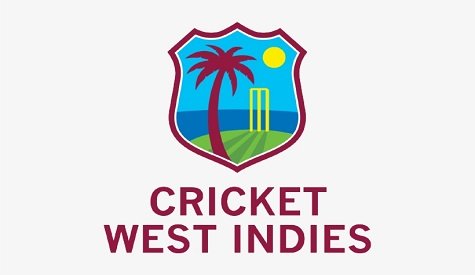 The Task Force consulted extensively within CWI, the region and internationally; and the 36-page report drew from a wide cross section of expertise – from knowledgeable stakeholders in the West Indies as well as in the global game.

Senator Wehby said: “I would like to take this opportunity to thank the members of my Task Force for their selfless dedication to the completion of this project, over the past year. Their time, especially during the COVID-19 pandemic, has made the finalisation of this report a reality. We would also like to commend CWI President Ricky Skerritt and his Board of Directors for seeing the need for governance reform and giving us the opportunity to make a contribution to the sport we love, and for which we wish the utmost best.”

Wehby added: “Our Task Force has met formally sixteen (16) times over the period and we have spent many hours preparing the report submitted (the Wehby Report). We are positive that, if implemented, the recommendations of the Wehby Report will improve the governance of CWI and result in positive effects on team performance.”

The Report recognised the enormous cricket talent in the region and the need to harness that talent and promote its growth and presented the significant way in which improved governance will contribute to the process. The Task Force also conducted case studies of cricket governance models among major cricket nations and considered it important, in exercise of their mandate, to highlight those principles of modern corporate governance which in their opinion should apply to the Board of Directors of CWI as a corporate entity carrying out a public function.

“The principal roles and responsibilities of the Board are organisational and financial planning and reporting, decisions on investments and capital projects, preserving the assets of the company, establishing policy, selecting the executive, general oversight of the executive and exercising other powers given to it by the constituent documents of the company. The membership of the Board should reflect a wide cross section of the skills and competencies required for carrying out its roles and responsibilities.”

President Skerritt said: “Governance reform is one of the important promises Vice President Kishore Shallow and myself made prior to our election last year. When all is said and done, we expect that the Wehby Report will be seriously considered by the Directors and member representatives. The task force and stakeholders can be assured that we will do all we can to ensure the implementation of this report.”

The report focused primarily on the Objectives of the Governance Task Force:

Reviewing roles of President and Vice President, the structure and role of CWI’s Board of Directors and the Committee Framework of the Board of Directors.
Overall, the report noted that reform was needed to ensure the sustainability of CWI. It highlighted the “need to foster the rebuilding of trust and a common purpose between CWI and the other stakeholders, especially with regional governments” and the recommendations include:

Membership of the Board of Directors to reflect a wide cross-section of skills and competencies, and a smaller and more balanced Board of 12 (currently 18) in the immediate instance, with an eventual reducing to nine (9) including at least two women.
Redefine roles of President and Vice President to be more Board specific and non-executive.
Establishment of a Nominations Committee to identify and evaluate potential directors and to nominate future directors and committee members.

Reduction in CWI Committee structure from 12 to five (5) Committees.

Copies of the Report will be made available to all CWI stakeholders.