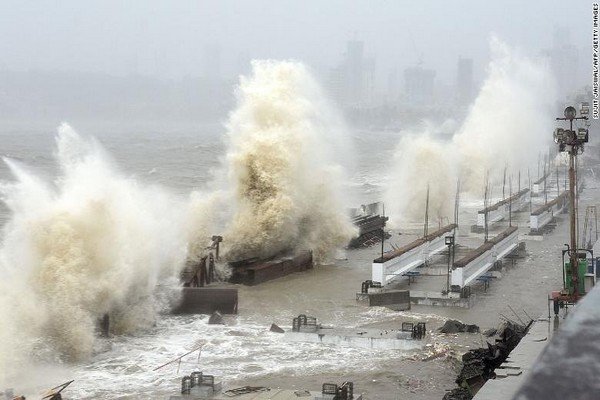 New Delhi (CNN) India was slammed on Monday by the strongest storm on record to reach its west coast, hampering authorities’ response to the Covid-19 crisis in some of the country’s hardest hit regions.

Tropical Cyclone Tauktae, a storm with wind speeds equivalent to a high-end Category 3 hurricane that formed in the Arabian Sea, made landfall Monday night local time in Gujarat. It strengthened slightly as it hit the western state with maximum sustained winds of 205 kilometers per hour (125 mph), according to the United States’ Joint Typhoon Warning Center.

By Tuesday morning, it had weakened from an “extremely severe cyclonic storm” to a “severe cyclonic storm,” according to the Indian Meteorological Department (IMD).
Photos and videos show highways turned into rivers by the heavy rain, and trees and power lines toppled by ferocious winds. The cyclone has killed at least 26 people across the coastal states of Gujarat, Kerala, Karnataka, Goa and Maharashtra, according to state authorities.