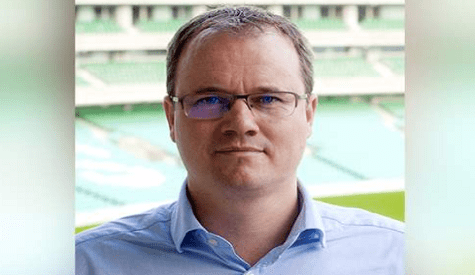 The Caribbean side will play three Twenty20 (T20) Internationals and two Tests on the November 27 to December 15 tour, and left the Caribbean last Tuesday with a 15-man Test squad and six reserves, along with a 14-man T20 side.

At the conclusion of the three-match T20 series, CWI will pull half the squad to join the reserves and in addition to the two non-playing members of the Test squad, will form a likely 15-man squad for four-day Tests in Mount Maunganui and Nelson against the hosts’ ‘A’ side.

Both matches will run parallel to the official Tests in Hamilton, from December 3-7, and in Wellington from December 11-15, and CWI chief executive Johnny Grave said it was an innovative way to add a developmental aspect to the tour.

“It’s one of the things we learnt from the England tour. It’s a fantastic opportunity for the reserves to come together and train with the first team, help prepare them and be there in the event we had any injury or illness that curtailed or ruled out any players,” Grave said.

“But once the Test matches started in England, there wasn’t a huge amount for those reserves to do other than continue to prepare the players and do some training while the Test match was ongoing.

“I think to give them competitive cricket against New Zealand ‘A’ is great and for some of those T20 players who have played so much white ball cricket for West Indies during the West Indies championship over the last couple of years, it’s going to be the first opportunity they would’ve had in probably two years to play some red ball cricket.

“It’s a great opportunity, and certainly one which we as management are looking forward to seeing how that ‘A’ team perform in those two games.”

The tour is only the second of the year for West Indies amid the ongoing novel coronavirus pandemic, which forced a lockdown of international cricket last March.

Until the pandemic outbreak, CWI had planned a busy home itinerary but were forced to scrap every series due to public health concerns.

One of the series cancelled was a South Africa ‘A’ tour of the Caribbean, comprising three four-day Tests and five 50-over matches, and Grave said the New Zealand tour offered the opportunity for the ‘A’ team programme to be revived.

“To travel all that way [to New Zealand], to then go through 14 days of quarantine for three T20s played across four days, it’s an awful long way to go for four days worth of cricket,” Grave pointed out.

“That’s when we started listening to the feedback from the players and management from around the England tour and thought with the six reserves that we’ve got, with some of the T20 players the selectors wanted to encourage to play red ball cricket and give them opportunities — which isn’t always easy when our 50-over and T20 schedules are so packed tight — it just seemed a really good idea for us to work on.

“Clearly we don’t really play ‘A’ team cricket against New Zealand and Australia because it’s so far to travel…but it’s a great opportunity.

“Obviously conditions in New Zealand are fairly unique, they’re going to be different challenges for the players so it’s going to be a great opportunity.”

After travelling with 10 reserves for the three-Test tour of England last July, selectors have only carried six to New Zealand, but Grave explained this was due to the more relaxed COVID-19 regulations in place.

“It’s a different tour to the England tour. The reality is that after the 14-day quarantine, the whole touring group will join New Zealand society – as long as the New Zealand level of COVID remains at level one, the lowest possible threat level,” the Englishman said.

“So we’re not having to play a three-day game amongst ourselves, which was obviously the case in England. We’re also not having to use our own net bowlers throughout the whole tour. They’ll be able to have young New Zealanders as part of the practice.

“So the whole practice and preparation after the 14-day quarantine will be as a normal tour, whereas, in England, we not only had to have a full XI to play against in terms of warm-up games, but we couldn’t have any net bowlers or additional support to prepare the team. That’s not the case in New Zealand.”