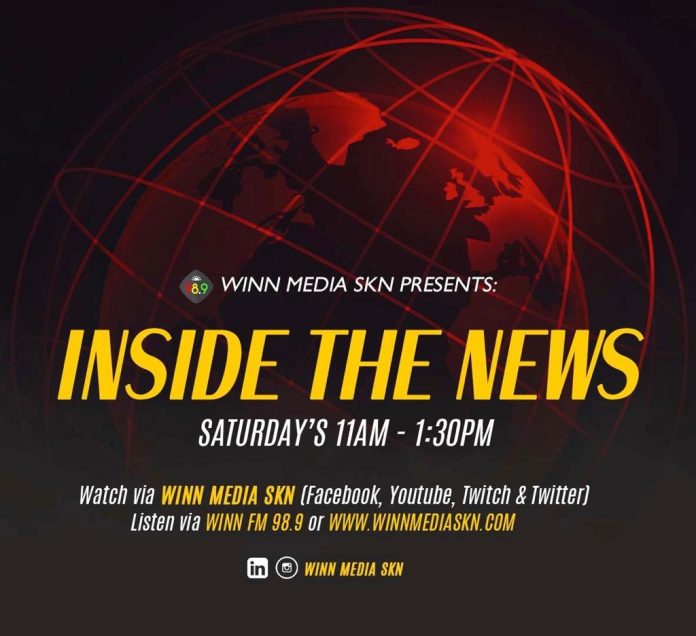 St. Kitts and Nevis (WINN): The May 14 edition of WINN FM’s Inside The News hosted by Alarm Clock – Jihan Williams and Desi Brown with special guest Desyl Hamilton – focused on the political climate in St. Kitts and Nevis and the National Assembly Elections set to take place by early August.

Callers to the program took the opportunity to weigh in on the events leading up to Team Unity’s demise and Prime Minister Dr. Timothy Harris’ decision to sack six government ministers of their portfolios and dissolve parliament only after two years since their second term in office.

One caller went as far back as the 1960’s and spoke of events which they said are similar to what is happening today.

“…the movie started way back and this is no new play. The first one was with Mr. Bradshaw and one of his candidates named Egbert Kelly and it ended up with a confrontation with both parties speaking at a public meeting in Warner Park. Egbert Kelly expressed what he had to say and challenged Mr. Bradshaw.

The second one was with Mr. Southwell when he appeared on ZIZ Television on a Saturday night and challenged his ministers of undermining and trying to get rid of him. Then there was Dr. Simmonds and Mr. Powell and even before he was put out, Dr. Simmonds had other people acting as deputies but to people’s surprise in 1989, they were on the same political platform. Then in 1995 when Dr. Douglas came in, he said later that from 2004 he did not trust Mr. Condor. And Mr. Condor appeared on the platform in 2005 and 2010…That is how politicians around here behave.”

“I think there is a tendency to trivialize what is happening in our country at the moment as just being personal issues between politicians when in actual fact these are just symptoms of a very serious problem of governance…,” expressed another caller.

Another caller said, “what were the principles that brought Team Unity together? They were able to get rid of Dr. Douglas and Labour and I think they were blinded by the fact that they did that and all would be well. They talked about the Constitution and the things they wanted changed to make sure that future governments do not make the alleged mistakes of the Labour administration. Were those constitutional changes made? No.”

National Assembly Elections in St. Kitts and Nevis were last held in June 2020 which saw Team Unity securing a second term with nine of the eleven parliamentary seats and Dr. Timothy Harris continuing as Prime Minister.

To date, the St. Kitts Nevis Labour Party has announced its full slate of candidates to contest the eight seats on St. Kitts while the People’s Action Movement and the People’s Labour Party are yet to announce their slate. The Concerned Citizens Movement has not officially declared its candidates but many believe the current slate will be seeking reelection while the Nevis Reformation Party is yet to announce its candidates.