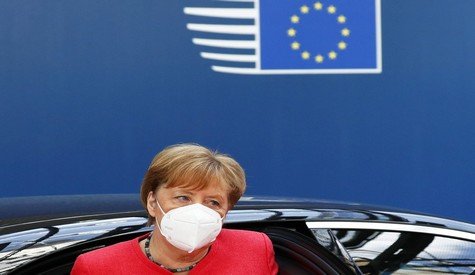 BRUSSELS (AP) — Weary and bleary, European Union leaders on Monday geared up for a fourth day of fighting over an unprecedented 1.85 trillion-euro ($2.1 trillion) EU budget and coronavirus recovery fund, barely recovered from a weekend of walkouts, fists slamming into tables and insults.

With a brilliant sun warming the negotiating sundeck at the Europa summit center early Monday, there finally was a glimmer of hope that the talks to help the continent emerge from the pandemic through an unprecedented economic aid package aren’t doomed after all.

It took a heart-tugging dinner speech by European Council President Charles Michel about leaders not failing their union, French President Emmanuel Macron slamming his fist in anger into the table, and a new set of budgetary numbers to send this already epic summit onward.

“There were extremely tense moments. And there will be more that no doubt will still be difficult. But on content, things have moved forward,” said Macron, stressing his continued partnership with German Chancellor Angela Merkel. Without Franco-German agreement, the EU has never taken momentous steps.

“An extraordinary situation demands extraordinary efforts,” Merkel said as the leaders were heading into one of the bloc’s longest summits ever. It was planned as a two-day summit scheduled to have ended Saturday, but deep ideological differences between the 27 leaders forced the talks into two extra days.