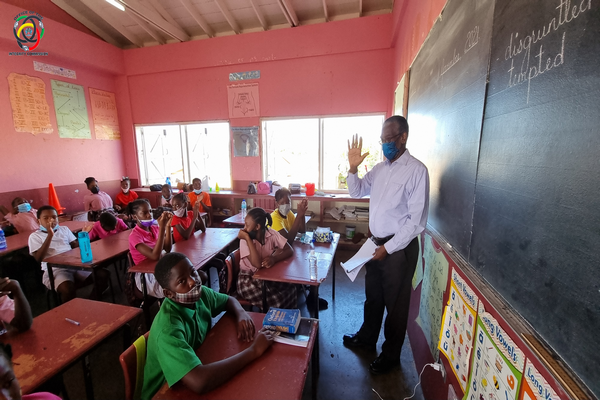 The visits are part of a series of activities organised by the Commission in recognition of the United Nations’ International Anti-Corruption Day 2021. Celebrated annually on December 9th, Anti- Corruption Day is being officially observed in the Federation for the first time this year. It is being celebrated globally under the theme “Your right, your role: say no to corruption” and is aimed at increasing public awareness and involvement in the journey to zero corruption.

The schedule of activities is set to continue on Sunday 5th December when Commission members and other stakeholders will attend church. At a press conference slated for December 6th, 2021, the Commission is expected to formally launch its essay competition for youth ages 15 through 18 years. A panel discussion on corruption and society’s role in its prevention on December 8th, and broadcast messages on December 9th will round out the activities.

Chairperson Lanns described the visits schools’ as “fruitful and rewarding” and stated that the highlight of each visit was the students’ youthful curiosity and enthusiasm. She commented that this was only the start of things to come, as the Commission intends to engage frequently with stakeholders and the general public, especially young children, in the coming months.