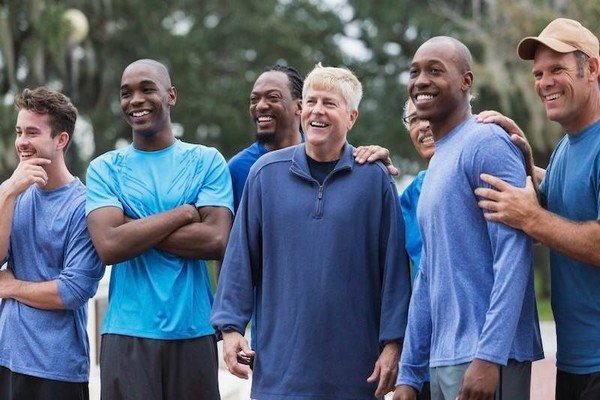 St Kitts and Nevis (WINN): International Men’s Day (IMD) is celebrated to honour men’s positive contribution to society, and this year’s theme is “Better relations between men and women.”

Citizens in Trinidad and Tobago were the first to observe IMD on 19 November 1999, with an event coordinated by history lecturer Dr Jerome Teelucksingh.

The WINN news team asked men what International Men’s Day means for them and what challenges men are currently experiencing, and received the following comments:

“Millennial men not getting enough counsel from older successful black men. Whether that be guidance or advice. Some don’t want to pass the baton, unfortunately. So we are forced to only participate in marathons and sprints instead of relays. Other cultures don’t operate like that. I did recently receive a call from Premier Mark Brantley, which as a citizen and entrepreneur was truly encouraging and for that, I’m thankful.” Limahl Mills, Entrepreneur, Nevis.

“To be honest it doesn’t mean much. It’s like another United Nations day that just comes and goes and does serve its purpose. I mean we as men could do better in terms of recognising it but I feel in large part we don’t because anything patriarchal or seemingly patriarchal is well frowned upon”. Stephan Joseph, Entrepreneur, St. Kitts.

Kevin, a Data Analyst based in Nevis said the challenges that men are experiencing are, “Being raised fatherless. Being able to have their women to play their natural submissive role and being able control sexual desires and urges.”

“International Men’s Day means to me, the opportunity for the men who are actually not just speaking about change but who are creating opportunities and platforms to transform, to empower and to equip and to create infrastructure and finances across the world, both seen and unseen. It’s our day, it’s our day to be recognised, to be shouted about, to be celebrated. Most of all, it’s our day to be heard, seen and valued. ; it’s what International Men’s Day means to me.” Malikha McDonald, Entrepreneur, UK.

A Nevisian international student Donne Dyer said, “At the moment it means nothing, as men aren’t celebrated with the same energy or vigour that women are, I feel there is a long way to go for men to truly be recognised other than scraping the bucket with whatever leftovers are there. Mental health as well is a key issue as men are perceived to be tough but are suffering the same way as women or even more. Today is the first day that I recall hearing someone tell me “Happy International Men’s Day”. So In a nutshell at the moment this day means nothing”.

While some local men are of the opinion that the day has little meaning or impact, globally the day is used to address some of the most prominent issues facing men today, and in some interesting ways.

IMD also coincides with Movember, a charity that encourages men to grow a moustache in the month of November to focus on mental health and suicide prevention, prostate cancer and testicular cancer. Other ways the charity encourages people to get involved is a charitable run or hosting an event.

Men are less likely than women to talk about their mental health, but help, support and advice is out there, said the Mental Health Foundation in a tweet using the hashtag #InternationalMensDay.