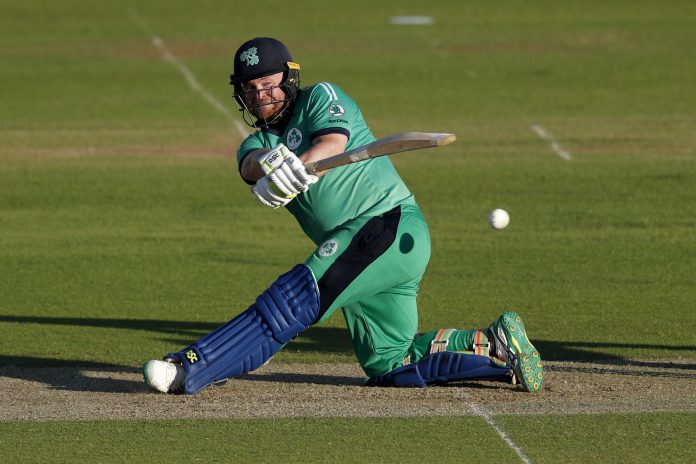 FORT LAUDERDALE, Florida (CMC) — Veteran all-rounder Paul Stirling is one of two Ireland players who have tested positive for COVID-19, and are likely to miss the opening matches of the four-match white-ball series against West Indies starting next month in Jamaica.

The 31-year-old, a right-hander with over 7,000 runs in the white-ball format who also bowls off-spin, returned a positive test along with fast bowler Shane Getkate, in the final round of testing before the contingent’s scheduled departure for the Caribbean on New Year’s Eve.

Left-arm spinner George Dockrell suffered a false positive and has now been cleared.

For Ireland, the positive cases are yet another blow to their preparation for the series against West Indies, following the cancellation of the One-Day International (ODI) series against United States earlier this week after two members of their support staff tested positive, along with several partners of players.

Players Harry Tector and Gareth Delany also tested positive prior to joining the squad after featuring in the US T20 Open, while the duo of Andrew Balbirnie and Andy McBrine were forced into quarantine after being identified as close contacts of positive cases.

Tector and Delany will travel with the squad to Jamaica, however, after completing their isolation but Balbirnie and McBrine are expected to join the contingent in Kingston after January 2 once completing their quarantine period and returning negative tests.

“It is a challenging time for all, but the players have responded very well to operating within the managed environment over the last two weeks,” said high-performance director, Richard Holdsworth.