Is Vigilance and Personal Responsibility Enough to Avoid Traffic Accidents? 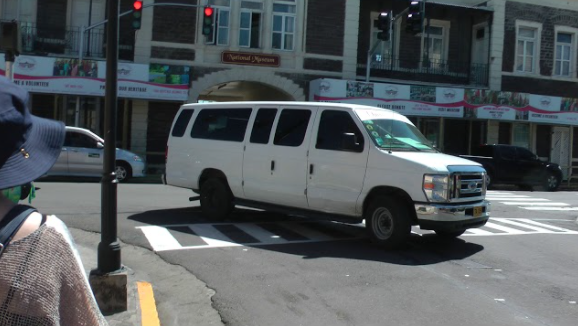 St. Kitts and Nevis (WINN): Is due care and attention enough to avoid accidents even in areas where traffic lights and pedestrian crossings are installed?

Traffic Officer Browne is of the view that if drivers and pedestrians exercised self-awareness and used the road responsibly the number of accidents in the country would be reduced with or without traffic lights.

During a broadcast of Island Tea, hosts Kevon Hanley and Azem Bailey brought up the issue relating to discrepancies in traffic light changes and the indicator for pedestrians to use the crosswalk.

Monday (April 12), Browne confirmed that the Public Works Department had received complaints about pedestrians crossing while motorists at the same time got the green light but he did not link accidents to the issue of the traffic lights.

“They were receiving complaints that persons were crossing the road when vehicles were giving the green light. And my understanding from them is that… the problem was straightened out… but as I said… I don’t want to go into too much of it as to whether or not the lighting played a part in that unfortunate incident.”

To counter the Traffic Officer’s statement, a caller suggested that pedestrians should make way for vehicles when they have the right of way.

Host Azem countered that while he understood the point the caller was making, the operator of a vehicle should always exercise care and attention when behind the wheel.

“There are some things that are just big red flags… a ball coming out [into the road], you know nine times out of ten there’s a child following it… we have to remain vigilant.”

In recent months there were a number of serious accidents involving vehicles and pedestrians and in two of them two men have died.

On Tuesday, March 30, on Cayon Street near the intersection at Fort Street and Victoria Road sometime after 10 a.m. an SUV PB 4966, owned and was being driven by Michael Bartlett of Shear Lane, Basseterre hit Albert Wyatt of Parson Village, a pedestrian walking along the pedestrian crossing from Fort Street towards Victoria Road.

Bartlett, while on Victoria Road, proceeded to turn left on Cayon Street after the traffic light turned green, and struck the pedestrian, according to a police press release.

In 2020, on November 13, a fatal traffic accident occurred on the Bay Road near the Sol Station after 6:00 p.m. and involved an SUV P 7985 owned and was being driven by Inshan Mohammed of Pine Gardens, Shadwell Housing and Arthur Jacobs of Ponds Pasture, a pedestrian.

Mohammed was traveling from Birdrock towards Central Basseterre and after passing the main entrance of the Sol Station collided with Jacobs who was, at the time, crossing the road from the seaside to the mountainside.

At the time of this incident, the traffic lights and pedestrian crossing were not installed as yet.

On Thursday, October 15, Rae Clarke, on a motorbike, was traveling east along Cayon Street when according to police he collided with 81-year-old Conrade Simon who had stepped down from the sidewalk to the roadway, in the vicinity of the Pont Road pedestrian crossing.

Twenty-nine-year-old Clarke was subsequently arrested and charged for the offense of Causing Death by Dangerous Driving which caused the death of Simon.

Two of the incidents took place in areas where traffic lights and pedestrian crosswalks are installed and operational.