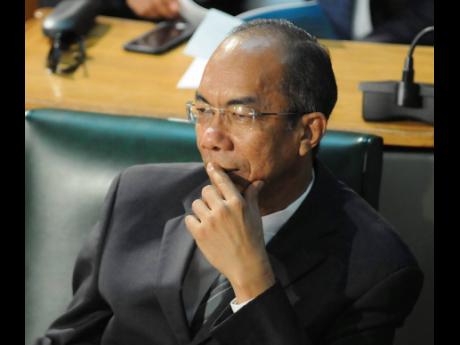 Kingston, Jamaica (The Gleaner)- The Jamaican Government, after months of silence, has disclosed that it has signed a five-year J$4-billion contract with the Israeli firm ELTA Systems Limited, but has sought to assure Jamaicans that they have nothing to fear.

The disclosure and simultaneous assurance come two months after a report by a technology website based in Israel revealed that ELTA’s servers were breached by Iranian-linked hackers. The magnitude of the breach was still being assessed up to the time of the report last December, according to the website CTECH.

However, the website, which is run by Calcalist, a leading financial daily in Israel, revealed that the personal details of a top executive at its parent company, Israel Aerospace Industries (IAI), were exposed.

IAI acknowledged the breach, saying the matter was under investigation, the website reported.

Dr Horace Chang, Jamaica’s national security minister, who confirmed the contract with ELTA Systems, made it clear that the company was engaged to “harden” critical Jamaican institutions against cyberattacks, especially at a time when the COVID-19 pandemic has caused greater reliance on the use of technology.

The Office of the Prime Minister, the Ministry of National Security, the police, the army and the government forensic laboratory are among the state agencies that will be given priority, Chang said.

“What they are doing will not get them into that kind of space,” said Chang, who is also Jamaica’s deputy prime minister.

“Going into people’s lives and private affairs using cyber-activity is certainly not something that we condone and we have enough cyber personnel to monitor that. They would have to set up operations covertly to do that in Jamaica, and I don’t see them going that route,” he added.

NOT SHELVED
Four years ago, Prime Minister Andrew Holness held talks with his Israeli counterpart, Benjamin Netanyahu, during a historic three-day visit to the Middle Eastern country, setting off fears that Jamaica was looking to utilise cybersecurity technology developed in Israel.

A statement from the Office of the Prime Minister at the time said Holness indicated that Jamaica has “long admired” Israel’s advances in technology, cybersecurity, agriculture and other areas.

But with the Government citing national security concerns for its reluctance to publicly disclose the outcomes from the three-day visit, fears have given way to charges that Israeli operatives are secretly working in Jamaica.

“There was, in fact, an agreement with Israel and Jamaica on some intelligence work that they [Israelis] were going to do. It had to do with cybersecurity,” Donald Tapia, former United States ambassador to Jamaica, charged during an exclusive interview with The Sunday Gleaner days before he demitted office last month.

Tapia said he was unable to get details of the specific tasks that were being undertaken by the Israelis.

“That’s a good question that I can’t answer. All I know is that I talked to the Israeli ambassador [to Jamaica] and I asked him that question because nobody seems to be able to grasp what they were doing here in Jamaica,” he said.

The former American envoy said his understanding is that the work went partway, but fell apart because Jamaica was unable to make the payments.

Chang admitted that the contract with ELTA Systems was disrupted by the COVID-19 pandemic, but dismissed claims that it has been shelved.

“We had to look for some adjustments in our payment schedule given COVID, but the contract is ongoing and moving along smoothly,” he said during last week’s Gleaner Editors’ Forum.

The Holness administration also found itself on the defensive in 2019 after Peter Bunting, former minister of national security, urged Jamaicans to be vigilant in the face of what he said could be a plan by the Government to “invade people’s privacy using high-end Israeli spy technology”.

Bunting, now the opposition spokesman on national security, told The Sunday Gleaner yesterday that his warning at the time was based on information that had come to him that the Government was negotiating with an Israeli company to provide cyber-intelligence and cybersecurity capabilities to Jamaican law-enforcement agencies.

That information, he said, came to him amid fears globally that Israeli-developed software was being misused by state actors in several countries to “spy” on individuals with no criminal records and posed no threat of violence, including political opponents, human rights advocates and journalists.

“So, it was a combination of the two things and the caginess of the Government who started out by pretending that they were not involved in this negotiation to purchase these capabilities,” he explained.

SYSTEM TO PROVIDE CONSTANT MONITORING
But Chang, in the most detailed public discussion yet by any Jamaican official on the use of Israeli cybersecurity technology here, explained that ELTA’s task is to ensure that vulnerabilities at critical local institutions are eliminated.

A system to provide constant monitoring will also be installed.

This marks the start of a much wider programme that will include legislative changes and a training component for the military, he disclosed.

“We have not yet reached the state of executing fully our cyber programme. It needs a lot of things, not only money and budget, but legislation to go fully,” said Chang.

The former minister of national security cited inadequacies in Jamaica’s Interception of Communications Act as part of the reason he still harbours concerns about the ELTA contract.

When the legislation was enacted, he said, it contemplated intercepting communication travelling between two people mainly by voice telephony.

“What we are facing today is something completely different. The software has sweeping invasive capabilities. It allows state agencies to secretly listen to calls, record keystrokes, read messages, use the phone’s microphone and cameras as surveillance devices, and it also allows you to trawl through the database of information or photographs that might be on that smart device,” he said.

“The issue is not so much that these products exist and that they can be used by governments. The issue is the tight legal framework that they must operate within, and I am saying you need to have a modern intelligence collection law that would govern how all intelligence is collected and what requires a warrant.”

What’s worse, he charged that “this administration is not big on observing individual’s rights so I would not give them the benefit of the doubt in terms of how they would use it”.

NO REASON TO BE CONCERNED
However, Gavin Dennis, a cybersecurity expert, cautioned that without proof, Jamaicans have no reason to be concerned about possible misuse of the Israeli cybersecurity technology.

“Simply because the technology is from Israel doesn’t mean that it is dangerous or will be used in a dangerous way. You can buy software anywhere and use it for a bad purpose,” said Dennis, director of G5 Cyber Security Inc.

He said in most cases, the intention behind governments engaging companies that have the expertise in cybersecurity is to protect nations from attacks. “That benefit is much greater than trying to spy on political parties or businesses because that need outweighs the need to try and spy.”

Since its formation over 50 years ago, ELTA has established itself as a global leader in developing state-of-the-art solutions for defence, paramilitary, governments and law enforcement customers, as well as for the civilian market, according to the information posted on the company’s website.