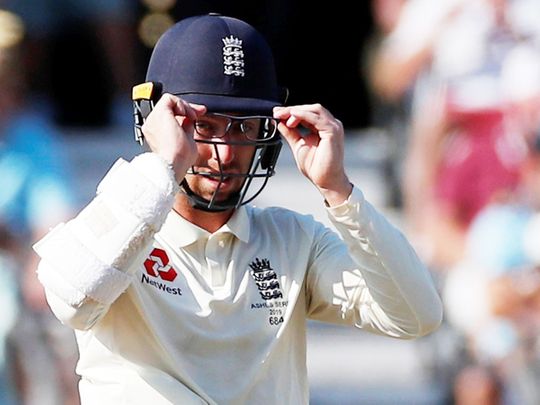 (BBC) – England spinner Jack Leach has been withdrawn from the first Test against New Zealand at Lord’s after suffering symptoms of concussion.

The 30-year-old took a heavy fall while chasing a ball to the boundary in the sixth over of the first day.

Lancashire leg-spinner Matt Parkinson has been called up as the replacement and will make his Test debut.

The 25-year-old will travel from Manchester and join the match later on Thursday.

He was playing for Lancashire in the T20 Blast on Wednesday night.

Slow left-armer Leach was featuring in his first home Test since 2019.