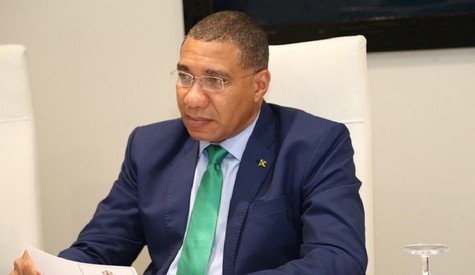 (Jamaica Observer) KINGSTON, Jamaica — The government has increased the island-wide curfew hours from the current 10:00 pm-5:00 am to 8:00 pm-5:00 am, beginning tonight.

Prime Minister Andrew Holness, in a statement to the House of Representatives yesterday, also announced a reduction in the number of people allowed to gather for any occasion from 15 to 10. The changes will be reviewed after 14 days, on February 24.

He noted that the economy is some 70 per cent services based, hence any increased period of curfew will affect both commercial and production activities.

He said that if there is an improvement in the number of persons affected by COVID-19 within the fortnight, the government would be willing to review the hours of closure. But, he added that it would only work if citizens play their part in helping to reduce the positivity of the tests.

“The recent surge should serve as a reminder that the pandemic is not over, and we should not let our guard down,” Holness argued.