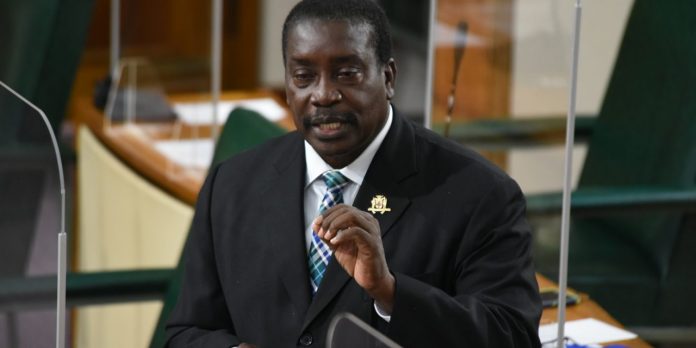 (Jamaica Gleaner) Robert Montague has resigned from the Cabinet as Minister Without Portfolio, capping a turbulent run as a minister of government over the past six years.

The precise reasons are not known but the resignation comes days after a damning Integrity Commission report on the Firearm Licensing Authority (FLA) cited him for knowingly granting a firearm permit to six people with criminal traces while he was National Security Minister.

As security minister from March 2016 to 2018, Montague was in charge of the FLA.

Legislation gives the minister the power to recommend permits, whether entirely of his own volition, or on the recommendation of a review board.

Montague’s predecessor from the Opposition People’s National Party, Senator Peter Bunting, has also been named in the unfolding scandal.

In a statement Thursday, Montague slammed the report as “grossly misrepresentative and incomplete”.

At 10:59 this evening, Montague sent a WhatsApp broadcast message saying that within the last hour he gave Prime Minister Andrew Holness his resignation.

The Office of the Prime Minister later issued a four-line statement confirming that Montague tendered his resignation with immediate effect.

“Minister Montague expressed that it ‘was a privilege to have had the opportunity to serve at the highest levels in government’,” said a spokesperson in the statement, without mentioning any specific reasons.