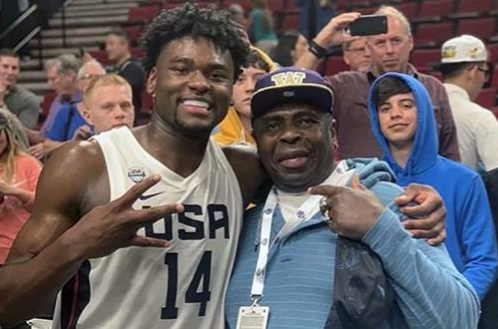 (Jamaica Observer) Two Jamaicans, including former Jamaica College stand out Nick Richards, were selected on Wednesday’s National Basketball Association’s (NBA) Draft that was conducted virtually for the first time due to the ongoing coronavirus pandemic.

Both Stewart and Richards, both centres, were however traded within hours of being selected. Stewart was picked by the Portland Trailblazers, but then traded to the Detroit Pistons and Stewart, once a highly rated collegiate player, was selected by the New Orleans Pelicans before being sent to the Charlotte Hornets, the team owned by former superstar player Michael Jordan.

Stewart and Richards were the first Jamaicans to be picked in the NBA Draft since Jerome Jordan was selected by the Milwaukee Bucks in 2010.

Another Jamaican, Samardo Samuels, was a free agent in 2010 when he was picked up by the Cleveland Cavaliers after he went undrafted after leaving the University of Louisville after just two years.