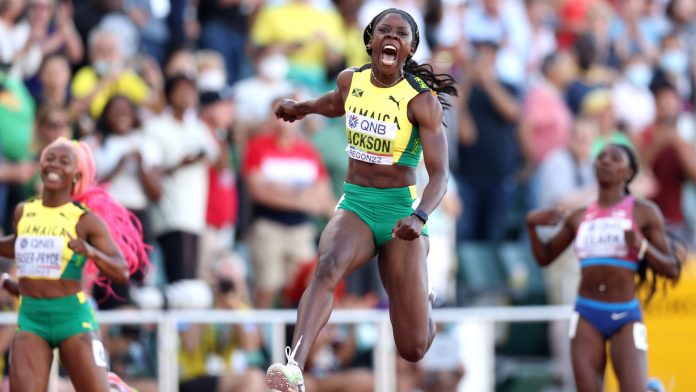 Jackson, who advanced to the final with the fastest qualifying time of 21.66 seconds, bolted to a massive personal best and championship record and new national record of 21.45 seconds to become the fastest woman alive in the event. She has now joined the world record holder Florence Griffith-Joyner of the United States as the only female athletes to run a sub-21.5 clocking in the 200 metres.

However, Elaine Thompson-Herah, who won the sprint double at the Tokyo Olympics last year, had to settle for seventh place in a time of 22.05 seconds. Thompson-Herah was seeking her first world championship gold medal in the event.

WhatsApp
Facebook
Twitter
Linkedin
Email
Print
Previous articleThe first U.S. case of polio since 2013 has been detected in New York
Next articleStakeholders in St Kitts and Nevis participate in workshop aimed at addressing gender based violence