Japan’s Matsuyama Hangs on to Make History with Masters Win 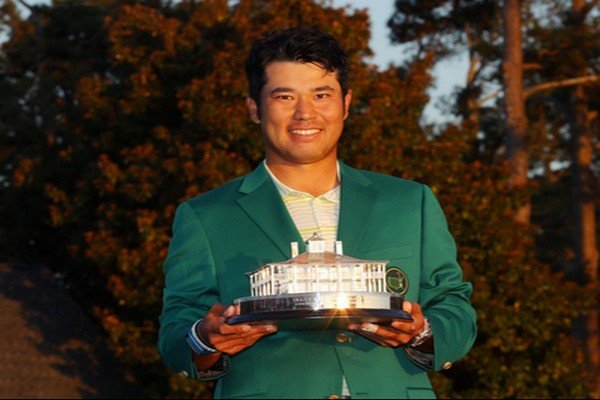 AUGUSTA, Ga. (Reuters) – Hideki Matsuyama overcame a potentially ruinous moment to become the first Japanese man to win a major championship with a one-shot Masters victory over Will Zalatoris at Augusta National on Sunday.

Matsuyama, who started the day with a four-shot lead over a quartet that included playing competitor Xander Schauffele and Masters debutant Zalatoris, carded a one-over-par 73 that left him at 10 under on the week at the year’s first major.

“Hopefully I’ll be a pioneer and many other Japanese will follow,” Matsuyama said through an interpreter inside Butler Cabin where he was presented with the champion’s famous Green Jacket. “I am glad to open the floodgates hopefully and many more will follow me.”

The 29-year-old was seemingly in control until a bogey at the par-five 15th, where his approach shot went in the water behind the green, compounded with a birdie from Schauffele turned his four-stroke cushion into a two-shot lead.