Jason Rogers: From Learning to Walk Again to Three-Time Olympian 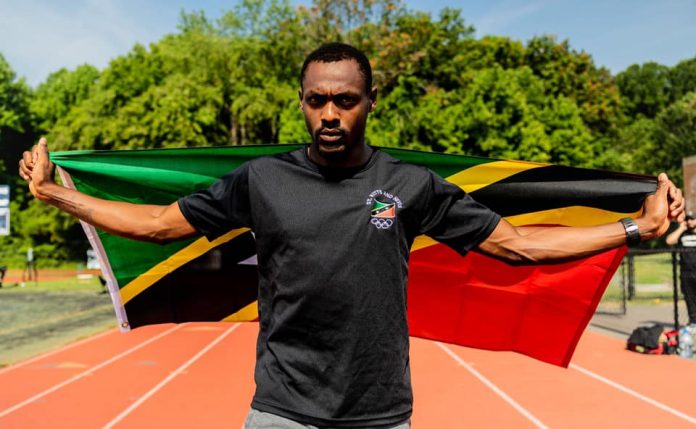 St. Kitts and Nevis (WINN) – After being put off for a year because of the COVID-19 pandemic, the 2020 Tokyo Olympic Games are finally, after months of controversy over whether or not to host the games, expected to begin later this month on July 23 and will run until August 8.

Sandy Pointer Jason Rogers, representing the Federation in the 2020 Tokyo Olympic 100 meters, has confidence in the COVID- 19 protocols in place to keep athletes safe.

“Well, I’m not worried about COVID. They have a pretty good setup for us in terms of being away and keeping COVID away from us because when we get there… They actually have us living on an island in Japan. So we are far from [everyone]… for the Olympics, they don’t have [any] international fans… so I’m not worried about it. ”

Rogers made those remarks on the July 7 broadcast of WINN’s Island Tea hosted by Azem Bailey, Jade Johnson, and Kevon Hanley. 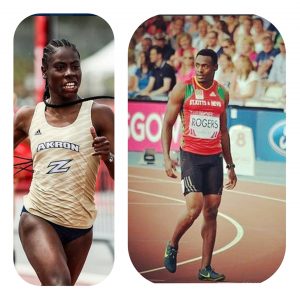 The three-time Olympian will be joined in Tokyo by Amaya Clarke, a junior at the University of Akron, and making her Olympic debut as a member of the team for the Tokyo 2020 Olympics and participating in the women’s 100m.

Believe it or not, the father of one (he has a daughter) may not have had the chance to represent his island if he believed the doctors who cared for him after a career-threatening injury in 2008 after the Commonwealth Youth Games in India.

“I was [supposed] to leave January of 2009; but right after that meeting I told you about in 2008, when I got back, I got in a vehicle accident… messed up my leg pretty bad and that caused me to be out for six to eight months… I spent the whole of 2009 just trying to recover.”

Rogers seemed a man set on a path by fate to overcome adversity during this period of his life. After an injury caused by a head-on collision between buses and having to go through rehab, and losing a scholarship he earned to go to The University of Texas at El Paso due to a change in NCAA rules in 2010, he shifted his focus on walking again. 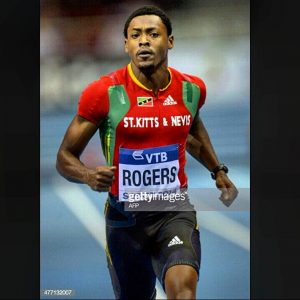 “Well after speaking with the school… they practically said it can’t work. So, my goal was basically to start walking again because the doctor said I wouldn’t run, that’s what he said… I went from being in bed, can’t move, in bed for like a month… went from bed to wheelchair, to two crutches, to one crutch to limping to walking… It was a whole experience. It was really tough.”

After consecutive setbacks, it would be understandable for anyone to give up but Rogers did not. He was set on getting back to the track.

He continued training until he eventually returned to the CARIFTA Games in 2010 and then ranked sixth in the world rank for juniors.

Rogers reached senior athlete status in 2011 which saw him winning a bronze medal in the World Championship in track and field for the 100m relay. 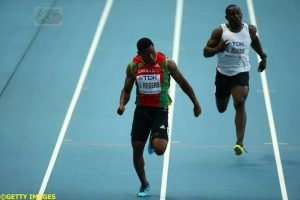 2012 was his first Olympics and his journey has continued to now his third round at the Olympics.

What’s the future look like for Rogers after the 2020 Olympic games?

“[My coach and I] talk about it like every other day… but there are a lot of things going on before that like next year we have World Championships and it still has the Commonwealth Games… and World Indoors… So these are events we want to take part in and he [my coach] was like we have to get ready for 2024… but let’s just get over this one first and next year and the year after that. So he wants to take it in stages, but we definitely have our eyes on it.”

In a joint statement on spectator capacities at the Olympic Games Tokyo 2020, the Olympic Games will be set at “50 percent of [a venue’s] capacity, up to a maximum of 10,000 people” at all venues with 41 venues in total.

See the full interview with the Olympian here: