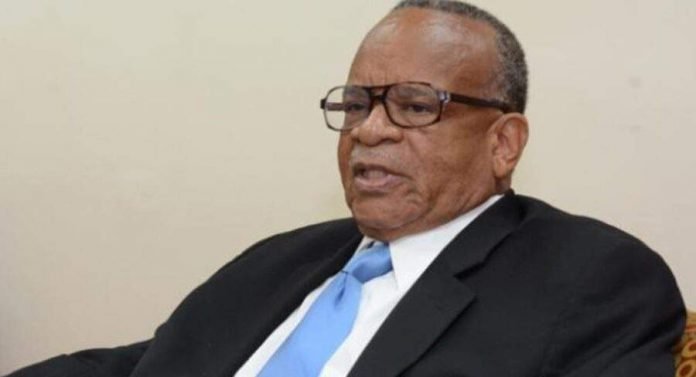 In paying tribute, Prime Minister Mia Mottley said Barbados and the region “will continue to owe this soft-spoken, always confident, forever reassuring son of the Caribbean Sea a debt of gratitude”.

Holder, who served his homeland for 14 years, was the face of the Caribbean Tourism Organisation (CTO) for three decades and later, the Chairman of regional carrier LIAT.

“When the promotion and facilitation of strong regional ties were most needed, he took on the leadership of LIAT and kept it alive — against formidable odds,” she said.

Long before that, though – for three decades, to be more precise – he led the CTO, “a most important institution that breathed life into the Caribbean tourism product that today makes the region the world’s most recognised tourism destination”.

Holder, a Barbadian scholar who studied at Oxford University in London and the University of Toronto in Canada, served as First Secretary in the Barbados High Commission, which was established post-Independence, before returning to Barbados in 1968 to head the Economic and Policy Division of the Ministry of Foreign Affairs.

In addition to working in tourism and the Foreign Service, he contributed significantly to the development of Barbados’ cultural landscape. Holder and a number of prominent Barbadian artists in 1973 formed the first National Independence Festival of Creative Arts (NIFCA) committee, of which he was chairman.

The Prime Minister said Barbados will continue to honour Holder’s legacy and that of his previously deceased wife Norma Holder, whose names are both inscribed in the Jean and Norma Hospitality Institute of the Barbados Community College.

“We will extol him as a genuine Caribbean renaissance man, a patron of the arts and founding chairman of the National Independence Festival of Creative Art, Barbados scholar, public servant and consummate defender of regional culture,” she said.