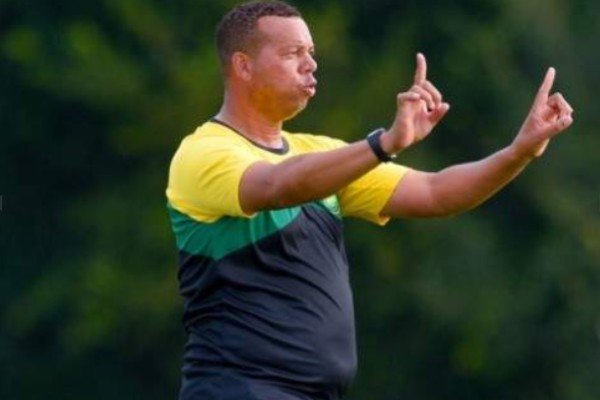 (Jamaica Observer) The executive of the Jamaica Football Federation (JFF) is expected to appoint an interim coach to the senior Reggae Girlz set up in the coming weeks after it provisionally suspended Head Coach Hubert Busby following the recent allegation of sexual misconduct.

The allegation levelled against Busby came to the fore last Thursday in the British daily The Guardian and centred around Malloree Enoch’s recruitment in 2010 and 2011, when the Canadian-born coach was said to have made sexual advances toward the player while heading the Vancouver Whitecaps programme.

In response, the JFF executive met yesterday to decide the coach’s immediate future with the women’s football programme and it was decided that suspension would be an appropriate step at this point.

In a widely circulated release, which followed the meeting, the country’s governing football body revealed that they have written to Fifa requesting a comprehensive investigation of the matter, after which a final decision regarding Busby’s fate with the Reggae Girlz programme would be made.

“We will await the results of this Fifa investigation. We do not want to make permanent decisions until we have the facts. At the same time we have to ensure that our women and girls are protected by those who lead them,” JFF President Micheal Ricketts was quoted in the release.

Further checks by the Jamaica Observer with General Secretary Dalton Wint confirmed that Bubsy’s suspension is without pay and steps are being taken to appoint an interim coach to fill the gap.

Additionally, the suspension means that the former Reggae Boyz goalie is stripped of all responsibilities related to the Girlz programme.

“The coach is suspended without pay, and the technical department will meet and have discussions regarding an interim appointment,” Wint told the Observer.

“The chairman [of the technical committee] is aware of the urgency of the situation and he is working on it,” the general secretary said when quizzed about the timeline of the meeting and, by extension, the appointment.

Busby, it is learnt, was notified of the JFF’s decision through a letter.

Meanwhile, Busby, who has denied the allegations, is believed to have secured legal representation to clear his name.

According to The Guardian report, Busby was initially contacted by Enoch regarding an administrative job at Whitecaps.

That, she told The Guardian, was followed by an invitation by Busby to, instead, join the club as a player and, as such, he gave her “Adidas sports equipment as gifts, fly her across the country on multiple occasions to attend events with him, take her to restaurants for meals in one-on-one situations, and ask her to stay with him alone in his hotel room while working in his role as the Whitecaps’ coach”.

Enoch told The Guardian that, on one of those occasions she spent three nights in his hotel room, but said no sexual advances were made toward her at that time.

However, on another occasion when they roomed together, Enoch alleged that Busby was “on all fours fully on the bed. He was definitely aroused”.