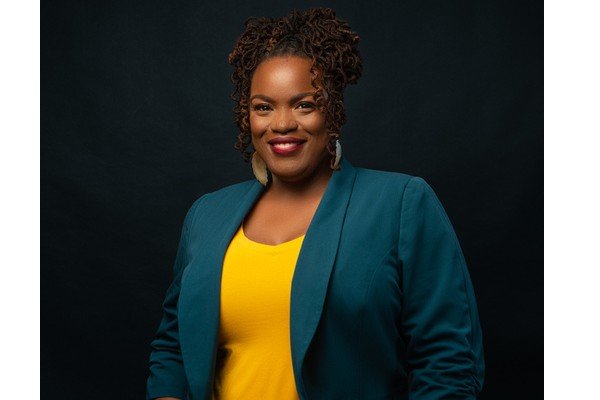 St. Kitts and Nevis (WINN): Jihan Williams is continuing her advocacy work to foster improvement in the public health system and more so to provide greater support to individuals who have experienced miscarriages in St. Kitts and Nevis.

Williams, the author of the book, “Lifting the Weight of Miscarriages” has been going through an emotional healing process, dealing with the pain of miscarriage and similarly has been helping others to develop coping strategies to deal with their loss. Most recently, Williams through her official Facebook page suggested twenty recommendations for public health policy changes in the country, with a special focus on miscarriages. The recommendations are provided under four broad headings; Custody and Treatment of the Baby’s remains, Immediate Post-Loss Care for Pregnancy Loss Sufferers, Systemic Institutional Recommendations for Public Health Hospitals and Health Centres and General Recommendations for the Ministry of Health and Government of St. Kitts and Nevis.

Under the heading Custody and Treatment of the Baby’s Remains, Williams suggests that there be amendments to the Births, Deaths and Marriages Act (CAP 12.13) to enable the registration of babies that died at any stage of their mother’s pregnancy since a registration certificate is required to facilitate burials. She also suggests the introduction of a special permit under the Burials Act (Cap 9.05) that allows for a baby that was born under 28 weeks of their mother’s pregnancy to be buried or privately cremated. Williams added that the public health system should allow consistent extension of the option to bury when babies were born before 28 weeks of pregnancy and also suggest that the remains of the baby be presented to the mother “in a manner that honours that it is the body of her child and not waste from her body.”

In an interview with WINN FM on Friday, July 15, Jihan Williams recalled her experience and that of other mothers who were unable to carry their babies for at least 28 weeks or more. She explained that not being able to bury the baby, in and of itself, brings so much pain to the already grieving mother.

“I keep hearing the stories and people feel like, had they had the opportunity to bury their babies, that they would have some sort of closure on the experience.”

As it relates to the second heading “Immediate Post-Loss Care for Pregnancy Loss Sufferers,” the advocate recommends that greater support be given to individuals who have and continue to deal with the ordeal of losing a baby. She noted that the system should facilitate the relocation of mothers who lost babies from the Maternity Ward to another ward, so as to avoid the cries of newborn babies if the grieving mother so desires.

Williams further suggested that there be a mandate for hospital counsellors to see pregnancy loss sufferers before they leave the hospital, with at least two additional wellness calls after she has been discharged. Equally, Williams said hospital staff should organise referrals to the hospital’s counselling unit for mothers who are willing to receive such support.

Williams expressed that even though she had the feeling of grief before she had never gone through something so traumatic as her infant loss ordeal. Having been experiencing extreme anxiety, she sought help from a professional counsellor very early.

“Counselling really introduces you to strategies that you can use to help you deal with your feelings but every day you have to make the choice and the effort to really promote your own healing, so that is what I have been doing.

Meanwhile, Williams explained that it is not her intention to highlight the deficiencies in the Public Health System but more so to urge individuals to push for change by formally documenting personal experiences. As such, under the heading “Systemic Institutional Recommendations,” she suggests that nurses and doctors working in the public health system should address their complaints or concerns, whether it be their needs or working conditions. This she said will minimise frustration which may sometimes be passed on to patients. The advocate says it should be mandatory for nurses and doctors working in the public health system to engage in refresher courses, so they could understand how their words or actions may affect a grieving mother.

Williams however told a story that was shared with her by a woman who went through the trauma of losing her infant. She explained how the choice of words by medical officials can affect a grieving mother.

Williams questioned, “What is the purpose of insisting on this or making this academic distinction? It is insensitive in that moment and so we realise that perhaps if nurses and doctors were exposed to the impact that they have on patients that it would encourage them to be a bit more compassionate and to actually help the mother to get through the experience, rather than them, impacting with more trauma.”

Considering that there is a growing population consisting of people of various origins, such as Spaniards, Williams is making a call for more to be done to address language barrier issues; so that there would be clear or effective communication between medical personnel and patients that speak a different language. She suggests that individuals be trained to speak English once they reside in the Federation.

Furthermore, Williams is advocating for the upgrading or acquisition of equipment and the availability of specialists to improve the hospital’s potential to save the life of babies who were born under 28 weeks. She also suggests that there be clear protocols which are to be observed or followed by doctors and nurses in the event that a pregnant mother shows up at the hospital in need of urgent medical care. Williams recommends that the public health system create and regulate an official system or database where grievances, concerns and accolades from the public can be recorded and deliberated upon. In cases where breaches are proven, she said those should result in disciplinary action.

Williams has therefore proposed 6 General Recommendations that the Ministry of Health and the Government of St Kitts and Nevis can implement in the public health system to further support pregnancy loss sufferers in the country.

The advocate suggests that the Government through the Ministry of Health incentivize and actively recruit doctors to be trained in neonatology, perinatology, gynaecology and obstetrics. She said a mandate should be applied where doctors must inform pregnancy loss patients about mental health and counselling resources to assist with their healing process. In addition, Williams is calling for the Departments of Social Services and the Mental Health Associations to be tasked with the responsibility of maintaining a widely publicised list of mental health practitioners, clearly outlining their roles; which doctors and the general public can have access to. There is an additional recommendation that more men be trained in counselling and other mental health disciplines, so that they can encourage men, especially those that have lost a child to seek counselling. Williams said, in cases where a counselling centre or unit is not available, the cost of private counselling should be subsidised.

It was also proposed that public service announcements and other educational material relating to pregnancy be advertised. These may include diet and when and where to seek medical services. Officials of the Ministry of Health and Government are also being urged to organise or participate in annual activities geared to raising awareness about Pregnancy and Infant Loss. Williams has also recommended that the appropriate authorities commission or support locally relevant medical research on women reproductive health issues such as endometriosis, fibroids and Polycystic Ovary Syndrome. She said an area of research can be “the impact of Caribbean diets and lifestyles on fertility and reproductive health.”

The advocate said she was inspired to produce the 20 recommendations after having her personal experience with miscarriage and seeing various loopholes in the system.

“After going through the experience of miscarriage, of course, I spent a lot of time thinking about the experience and especially the parts of this story that were extremely traumatic for me and I recognized that there were instances where had things been different, I believe, although the ending would have been the same, the experience would have been a bit easier to bear. So I just started writing down things that I think would be good to improve, change or introduce and as I started to write more and as I started to work on the book, I realised I was making recommendations. Now that we are closing on to the end of a political season and I keep seeing all these plans that people have for the healthcare system, I thought that I should add my voice as well and so that’s where the inspiration came from for me to publish it at this time. I knew that I wanted to publish these things and sought to lobby for the changes that the recommendations speak to.”

The St. Kitts Nevis General Elections is slated for August 5 2022 and Williams has made attempts to share with the three political parties on St Kitts, the recommendations for consideration as they make plans to lead the country. 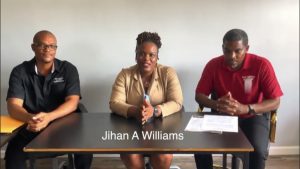 “I heard from all three [political parties]. I made connections with all three, but the People’s Labour Party and the People’s Action Movement promised that they would get back to me about two to three weeks ago and I have not heard back from them. However, I did reach out to the St. Kitts-Nevis Labour Party and within a matter of days, Dr [Terrance] Drew (Leader of the St. Kitts-Nevis Labour Party) met with me and we had somewhat of a short handing over ceremony, where I presented him and Dr. Geoffery Hanley with the 20 recommendations.”

The handing over ceremony was held on June 29, 2022. Dr. Hanley in giving remarks said he is very proud of the recommendations and gave Williams the assurance that once in Government, the St Kitts-Nevis Labour Party will ensure that most if not all the recommendations will be implemented into the Public Health System. He also added that it is important when citizens are also involved in policy making within their country. Additionally, Dr. Drew, speaking at the ceremony, said he had the opportunity to sit with Williams to discuss pregnancy loss issues and now that the document is completed, he is quite impressed with the level of research that has been put into it. Drew also gave the assurance that the policies will be “taken on board” under a Labour Party Administration, once elected to public office. He added that not only will the document have a positive impact on matters relating to pregnancy loss, but also other aspects of the healthcare system.

Meanwhile, Williams told WINN FM, she is planning to flesh out the recommendations and present them in a more detailed format. She has not yet decided how and when but explained that she will be advocating more on behalf of pregnancy loss sufferers in St. Kitts and Nevis.