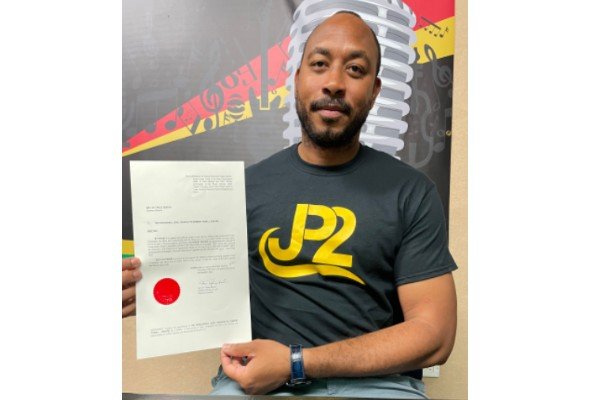 The development followed the dissolution of Parliament and the dismissal of six ministers of government announced by Prime Minister the Hon. Dr Timothy Harris yesterday (May 10).

Prior to receiving the document, the former minister inferred that he received the news during the Prime Minister’s address to the nation.

Powell expressed that he was not surprised by the move of Prime Minister Harris, suggesting that the dissolution of Parliament was a move to avoid the hearing of a Motion of No Confidence.

Previously, the former Speaker of the House, Michael Perkins, upon receipt of the filing of the motion, said that he would be seeking independent legal advice on the matter. The MONC is now null and void.

The development that surprised Powell was the news of the Hon Eugene Hamilton becoming the new Deputy Prime Minister. He shared that Hamilton did not consult his fellow members of the PAM on his decision to take the position.

“I would admit that that was not something I anticipated, but it is within the prerogative of the Office of the Prime Minister to do so. And it is what it is. You disappoint six members of the Cabinet and then dissolve the House within the same breath. I guess the people have to determine how that looks in St. Kitts. We’ve heard about minority governments before, but this goes beyond a minority government where you know you need six persons to form a government. There is Shawn Richards who has the support of six persons within the parliament, but yet we now find ourselves with a government with only three elected and that dabs in the face of democracy as far as I’m concerned.”

Powell continued, “From the time that letter was sent to the Governor-General indicating that we no longer supported Timothy Harris and that we supported Shawn Richards and that he had the support of six persons, the honourable thing would have been for the Prime Minister to have resigned at that point in time or dissolve the House at that point in time. We are living in St. Kitts, and he’s Timothy Harris, and so it was delayed until yesterday.”

Hamilton still serves as deputy political leader of the PAM, but Powell says if the caucus sees it fit to address that, they will do so at an appropriate time, but emphasises that they cannot get distracted by one individual who is not running again as a candidate for the PAM, as they are in election mode.

The Chairman of the People’s Action Movement (PAM) announced that the people of the Federation should look forward to a full slate of candidates from the PAM shortly.

Currently, two of the five parties in the Federation have a full slate of candidates going into the snap election in the coming months.

PAM, the Peoples Labour Party and the Nevis Reformation Party have yet to introduce to the people expected to go to the polls shortly their representatives to work for the people.

While PAM has not released its candidate and rumours continue to circulate about the prospective candidates for constituencies, Powell made a bold prediction for the next general election in SKN.

“The train is moving; hop on board because if it is one thing we know, Timothy Harris will not be Prime minister after the next election. One thing we know, JP2 will be reelected in Central Basseterre, and PAM and CCM will form the next government, and that is how we are going to carry out with that agenda… you gave us the mandate to do this thing, and I know you will give us a mandate to carry on after the next election a couple of weeks,” said Powell at the close of his interview with Jade Johnson and Azem Bailey.

While a snap election is pending in the Federation, Powell admitted that he did not think the people were prepared for another general election so soon after the 2020 general election during the COVID-19 pandemic.

However, he shared that PAM and CCM were ready for the outcome at the start of their moves to remove Prime Minister Harris from office.

“Along with CCM, we would have taken all these different steps, and you don’t take steps like that unless you’re ready for your bluff to be called, if you want to put it that way. And so, while all these things were happening, we were readying ourselves. And we are now at a point as we triggered the series of events, and we are now a day into the 90, and we are ready for a general election. We have prepared our slate, we have done the work, and we have already started hitting the ground, and we continue to do that and prepare to win the next general elections and form a government of the people.”

Another election also looms for the Nevis Island Administration by March 2023, where CCM and NRP will both vie for control of the local government on Nevis.