Joseph Liburd officially terminated as a member of the St. Kitts and Nevis Electoral Commission 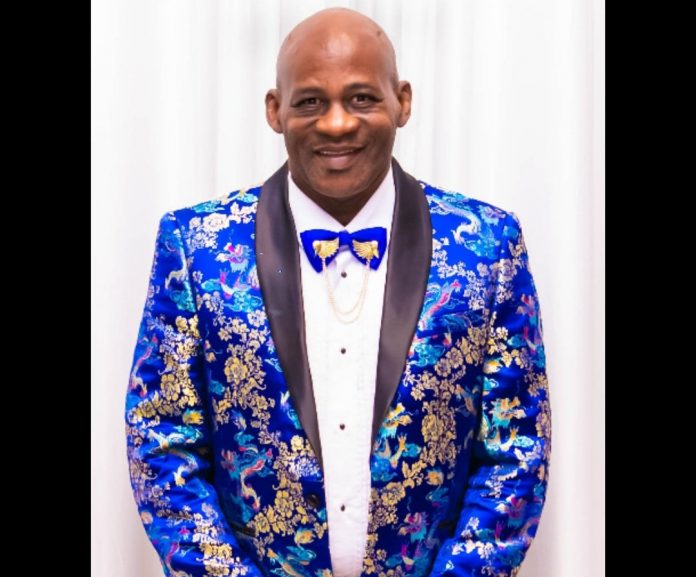 St. Kitts and Nevis (WINN): Former Assistant Commissioner of Police, Mr Joseph Liburd Sr has confirmed his receipt of Instrument of Disappointment as a member of the Electoral Commission for St. Kitts and Nevis. Mr Liburd told WINN FM that he received the document on Wednesday, May 18, 2022; notarized and signed by Governor-General Sir S W Tapley Seaton.

It further reads, “Now, therefore, I, Samuel Weymouth Tapley Seaton, Knight Grand Cross of the Most Distinguished Order of Saint Michael and Saint George, Commander of the Royal Victorian Order, Queen’s Counsel, Justice of the Peace, Doctor of Laws, Governor-General of the Federation of Saint Christopher and Nevis acting on the advice of the Prime Minister do hereby revoke your appointment as a Member of the Electoral Commission for Saint Christopher and Nevis under the provisions of Section 33(3)(c) with effect from the 12th day of May 2022.”

Attached to the Instrument of Disappointment was a letter, dated Wednesday, May 18, 2022, signed by Cabinet Secretary, Josephine Huggins. In the letter, Huggins on behalf of Dr Timothy Harris and the Federation expressed gratitude to Mr Liburd for his service as a member of the Electoral Commission. She also lauded him for his character and patriotism to the country.

Following his termination, Liburd told WINN FM, that he was informed by the Cabinet Secretary of the reason why he was dismissed from the Commission.

“The only reason she gave me was that at this time, the Prime Minister says  that he prefers to have a lawyer as his nominee on the Electoral Commission and my answer to her was okay.”

In reaction to his termination, Liburd said he expected a letter to come and he accepted it without hostility.

“When I got the letter, I didn’t take the letter with any animosity. I expected the letter to come. They told me that she would send a letter with the revocation Instrument from the Governor-General and it was just a letter to say thank you for my service; and truthfully, yes, I take the entire serving on the Electoral Commission as a service, as a national service to the country; it is not a work or a job. It is a service rendered to the country and when I read the letter, I know that they were pleased with the way our conversation went and they were able to verify that everything went well. She was honest in that regard.”

Liburd expressed that the earnings made as a member of the Electoral Commission were not plentiful; and now that he is not a member, he expects no effect on his livelihood.

“It would neither be here or there for me and I don’t think it would be here or there for anyone else who serves on the Commission. The service on the Electoral Commission in my judgement is National Service. I don’t think that anyone who serves on the Electoral Commission is [being] paid. In fact, since I have been there and I know that is the case with the others who are there, at the end of each month we got a grand total of  EC$332.50; that is about EC $10.00 or $11.00 per day and that cannot go as payment; that has to be some stipend. So it is just a service rendered.”

Liburd told WINN FM that he is still open to offering his service to the country through the Electoral Commission, once called upon.

“I am this type of person- When I am rendering a service, I render a service and my service was to the country; so if I am called upon by the Chairman  (Nazibou Butler), Mr Hamilton (Jason Hamilton) or the new member who replace me to assist in any way and I can assist. I will assist.”

Liburd, though retired from Public Service after 33 years as a Police Officer,  shared that he continues to render his service to the country, by preparing police officers for promotional exams. He stated that “it is not about anybody, it is about the service rendered.”

According to the Constitution of St. Kitts and Nevis, a member of the Commission shall vacate his office at the expiration of such period as may be specified by the Governor-General at the time of his appointment; or if any circumstances arise that, if he were not a member of the Commission, would cause him to be disqualified for appointment as such.

The Electoral Commission has various functions including, the supervision of the Supervisor of Elections in the performance of his duties. The Commission, with the consent of the Prime Minister, may also regulate its own procedure,  conferring powers and imposing duties on any public officer or on any authority of the Government for the purpose of the discharge of its functions.