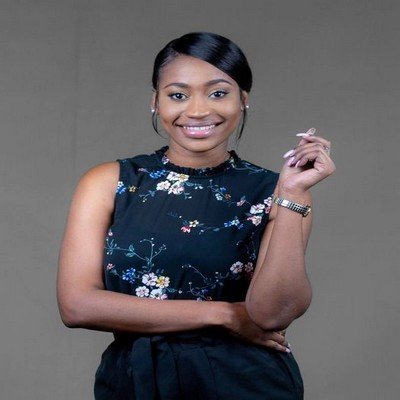 St. Kitts and Nevis (WINN): Broadcasters, anchors and reporters get shy as well, especially when they are the subject of an interview and not the interviewer. At least that was Jovan Crystal Wilson’s explanation of why she was shy in accepting an invitation to be on WINN’s prime time show, Only Good News.

Ms. Wilson, Lead Reporter/Anchor at 284 Media in the British Virgin Islands (BVI), joined the host of Only Good News Enoete Inanga on July 22 and delved into good news. One of which was her recent interview with billionaire Richard Branson after returning to the BVI from his trip to space.

“It was really a privilege. Richard Branson is synonymous with greatness and really pushing the proverbial glass ceiling. He is certainly one of those people who’s a daredevil. I think he’s cheated that like 75 times, but he’s really the exemplification of what it means to live and dream. I remember interviewing him at the airport when he returned to the BVI because he does call the BVI home.. I just remember him, reflecting on where all of this was birthed, him as a child, seeing Neil Armstrong on the moon, and how much of that deposited into his spirit, and eventually getting a bit older going to register his company Virgin Galactic, with this goal to make space accessible. I mean, when you think about that [just saying it sounds almost impossible]. And now he has given people the opportunity across the world to fly into space, you know, I just think it’s remarkable and again testament to the fact that we are limitless. It was really an honour to speak with somebody with so much ingenuity and so much vision, and so much stick-to-itiveness because a lot of us dream, but not a lot of us stick to those dreams.”

Branson, the first man to “commercially” fly to space, took the trip on Sunday, July 11 and then returned home to the BVI on July 14.

In her youth, Wilson explained that she always had an interest in debate and the arts but never had the courage, and even though she eventually found her voice, she regrets not finding it earlier.

“I was always like the quiet one in the group, the little shy one in the group, but I love being around the people. I love being around people who were smarter than me, who have more than me…People that I can learn from; I always wanted to be a part of the debate team but never had the courage to do it. Another thing was I wanted to be at the Theatre Arts class but didn’t have the courage to pursue it… I started literally skipping my math class… sneak to the auditorium to peek at watch the Theatre Arts students do their thing, and eventually [the head of the department] realised I really had an interest in this. I begged her hard enough, and she allowed me to pursue the class. But before then, I didn’t even know I had a voice… and then eventually I would get into like pageants and stuff, and it’s one of the things that I regret because, throughout school, I was the biggest cheerleader when it came to debate. My friends were always at the forefront, and I would be in the back, and I wish I had the courage to pursue it because who wouldn’t know and know that I speak for a living.”

A woman of diversity, the Guyanese native, spoke fondly of her home and why she appreciates and sees the need for diversity.

“We like to say we are one people, one nation, one destiny. We have six different ethnicities… and that means we are a cultural cook up pot, so there’s a beautiful blend of cultures, our food and just the hospitality and the warmth of the people. I really love that about my country. I also love the fact that we are rich in resources… We are rich in so many other things. We’ve exported food for a very long time. We’ve been considered the food basket in the Caribbean for a very long time. We do very well mine and bauxite… just very rich. I think every country has its, you know, its flaws or whatever, but I’m really happy about the fact that we carry such a rich cultural diversity and that I am a product of… Even my family heritage. My mother’s mother is Indian, and my mother’s father is Black. My father’s mother was Portuguese. My father’s father was Black.”

While in high school Wilson’s mother migrated to the BVI for better employment opportunities, signalling the start of her eventual migration to the BVI herself in 2018.

“I was always coming here [BVI] on vacation, so I became familiar with the climate, the territory, the beauty. It was literally my second home. [After] I graduated from high school in Guyana, and I decided that I wanted to pursue tourism as a degree. At that time, our country was not offering a strong enough tourism package of universities. So I decided that I’m going to come on a school permit. I’m going to go to college here to pursue my degree and then just take it from there. Once I graduated from college here, I went back to Guyana. I worked for a little bit… Fast forward to 2018. I was here, and the opportunity presented itself… in broadcast journalism at my current company, so I just felt like that was God, making the alignment happen for me, and I went full force into it.”

You can watch the interview with Jovan Crystal Wilson here: