Judge grants divorce but says, ‘no rape in marriage’ under Bahamian law 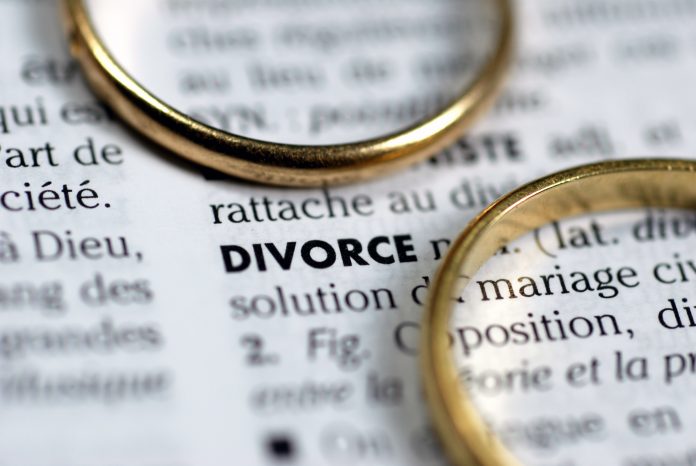 NASSAU, Bahamas, CMC – A High Court judge has ruled that “there is no rape in marriage” under Bahamian law even as she acknowledged that a husband was cruel for forcing his wife to have sex against her will on numerous occasions during their marriage.

Justice Denise Lewis-Johnson said that though the woman, who filed for divorce, claimed she felt like a rape victim “for an extensive period of time” as it stands there can be no rape in marriage in The Bahamas.

The unidentified woman had filed the divorce petition seeking to end her more than 15 year marriage on the grounds of cruel treatment.

The woman claimed her husband subjected her to emotional and mental abuse throughout the marriage and the court heard that the wife “felt like a rape victim during the ordeal of sexual intercourse with the respondent”.

The woman told the court that after the last time they had sex on a day in 2021, she suffered a meltdown at work the next day and that the events of that day in question “felt like an out of body experience”.

She said having sex with her husband had become a “chore” and “lacked intimacy” and that during the marriage, her husband would come home, “lubricate himself, take his pleasure and leave.”

“The petitioner alleged that it was standard for the respondent to come home, ask for sex and if she refused, (forcefully penetrate her) have sex with her and when he was satisfied, roll over, watch television, use his computer or go to sleep,” the court was told.

But in his response, the husband, who was also undefined, claimed that he was the one treated cruelly by his wife.

He said he waited until marriage to have sex out of respect for his wife, but during the union his sexual needs “were not being met” due to his wife’s job obligations, adding it is his belief that a “wife’s obligation is to have sex with her husband.”

The husband said after his wife stopped all sexual obligations in 2021, he remained faithful. He said his wife never told him she felt like a rape victim, adding this contributed to him feeling mentally abused.

In granting the divorce, the judge in accepting the petitioner’s evidence, said the issue raised by the parties of non-consensual and forced intercourse along with the word “rape” required the court to consider the term in context of Bahamian marriage laws.

“The petitioner’s evidence was heavily weighted on acts of sexual intercourse between the parties that she described as acts of rape by the respondent. I will not recount her evidence save to say that she states that as a result of the respondent’s behaviour, she felt like a rape victim. She further alleges that her physical and mental health have been negatively affected,” Justice Lewis-Johnson said in her written ruling.

She said that while the court accepts that rape is a “most heinous act of cruelty”, there is “no rape in marriage” under a strict reading of Bahamian law.

“Pursuant to Section 3 of the Sexual Offences Act, the law does not allow for one spouse to rape the other. In this place we interpret existing laws and apply them, we cannot and must not succumb to the temptation to reform laws.”

The judge said that the wife met the threshold for proving she suffered cruelty in the marriage and thus satisfied the grounds for a divorce under Section 16(1) of the Matrimonial Causes Act.

“The respondent is correct that Bahamian law provides for sex in marriage between the parties as a right; there must be consummation. I am however of the view that it ought not to be taken by force and is painful to one party. It was clear from his evidence that he lacked concern and did not appreciate how his actions impacted the petitioner,” said Lewis-Johnson.

She added: “Notwithstanding the respondent’s belief that his actions were his right in marriage, I find the manner in which he carried out that right—forcing himself on his wife, his ignoring her feeling of not being a willing participant in intercourse resulting in mental harm to the petitioner and a feeling of being violated—meets the standard of cruelty under Section 16(1) of the Matrimonial Causes Act.”

In 1993, the Bahamas ratified the UN Convention on the Elimination of All Forms of Discrimination Against Women, but the Nassau Guardian newspaper reported that the United Nations Special Rapporteur on Violence Against Women, Dubravka Šimonović, had pointed out that the country has failed to live up to its obligations and has also failed to criminalise all forms of marital rape.