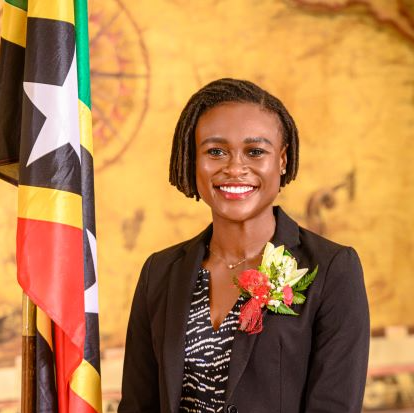 St. Kitts and Nevis (WINN): Senator in the Government of St. Kitts and Nevis, Hon. Isalean Phillip delivered an address to recognise the launch of “16 Days of Activism Against Gender-Based Violence against Women & Girls”.

On November 25 to December 10 annually, people around the world rally together to raise awareness and advocate for more decisive actions to fight against and bring to an end all forms of gender-based violence against women and girls. According to Senator Phillip, women and girls are violated for various reasons, sometimes leading to death.

“Violence against women and girls is considered the most widespread and pervasive human rights violation worldwide. In fact, one in three women and girls have been affected by some form of physical, sexual, financial or emotional violence in their lives.Recent global estimates indicate that a woman or girl is killed by someone in her own family every 11 minutes. In the United States, it is estimated that women and girls are impacted by violence every three seconds. Based on these statistics, the reality of gender-based violence is pervasive and has become fact too commonplace.”

A sad revelation worldwide suggests that domestic disputes rose significantly throughout the height of the COVID-19 pandemic. Senator Phillip said St.Kitts, in particular, had an increase of over 400 percent.

“Moreover, the socio-economic impacts of the COVID-19 pandemic would have intensified Domestic Relations due to stay-at-home mandates that added to the stresses of job loss, economic hardships and the new unknown mental health challenges which placed additional strains on spousal and domestic relations, thereby resulting in a significant increase in reports of domestic disputes and violence against women and girls.”

Phillip added, “In St. Kitts alone, during the pandemic, reports of domestic violence increased by over 400%. Evidently, gender-based violence has worsened, and violence against women and girls specifically, has become so normalised that verbal, physical and sexual harassment in public has increased along with individual apathy and nonchalance towards incidents of abuse seen in public.”

Meanwhile, the Senator disclosed that the Ministry and Department of Social Development and Gender Affairs, as well as other organisations, have joined the global 16 days of activism campaign “to remember victims who lost their lives to gender-based violence, to echo support to survivors, and to raise awareness of the problem” so to work towards finding solutions to reduce domestic-related incidents.

Senator Phillip has also taken the opportunity to encourage the public to partake in the fight against domestic violence by wearing orange or other planned initiatives.

“The colour orange is the primary colour used to represent the 16 days of activism campaign. Orange is used to symbolise the vision and mission of this global campaign, which is ultimately to achieve a brighter future free from violence against women and girls. As we work towards this goal, I encourage all of us to support activities being posted in honour of the campaign from today until December 10. Also, December 5 and 6 [are] designated as wear orange day, so be sure to wear your orange to support. Also, you can tune into panel discussions, join rallies and invest time and resources into supporting and funding projects and programs that work to educate the public and assist women and girls in need of safety.”

“Together, we must take a stand to condemn gender-based violence in all forms, and we must help each other to build healthy and positive relationships that are free from abuse and violence. This is vital for the development of nurturing families and strong communities.”

Any person who needs assistance or support for emergency response or to report incidents of domestic violence should contact the Special Victims Unit at 662-7077. For information or social assistance support, call Gender Affairs at 765-5492. For mental health support, contact the National Counseling Center at 465-5000.