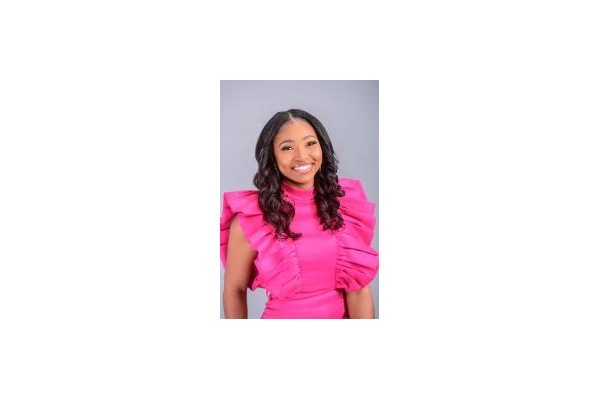 (Press release) First Runner Up in the National Carnival Queen Pageant, Kahnein Blanchette, will be representing St Kitts-Nevis in the upcoming 2022 Miss OECS Pageant to be held in Dominica. This show takes place on Saturday 5th November at the Old Mill Cultural Center. Due to the advent of the Covid19 pandemic, the Pageant which began in 1984 was canceled in 2020 and 2021. The show was last held in 2019 when Earlyca Frederick of St Lucia won the title.

Kahnein’s participation in the pageant is being facilitated by the St Kitts Nevis National
Carnival Committee (SKNNCC). SKNNCC Chairperson Shannon Hawley, presented a
cheque to Miss Blanchette who is currently preparing for the event dubbed “THE
CARIBBEAN…A TROPICAL UTOPIA. Hawley stated that it was very important for the
SKNNCC to support Kahnein in her quest to be successful in the pageant. St Kitts-Nevis
has had stellar representation in regional pageants and based on preparations so far, this
contest would be no different.