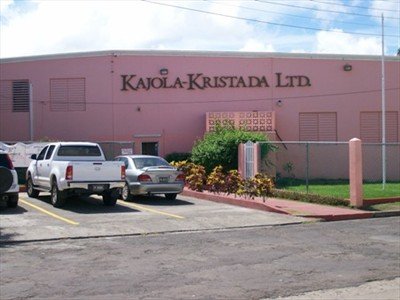 The Minister of Labour, Hon Wendy Phipps, received notice in April of the closure; 147 employees will be out of work.

“The Ministry of Labour would have been notified in early April to mid-April that through no fault of this country, through no fault of the investment climate, the company’s new owners would have taken the decision to close several facilities within the Caribbean Basin and St. Kitts and Nevis’ facility was one of them. Other plants to be affected include Mexico,” said Senator Phipps during a Cabinet Press conference on June 1.

The Labour Minister shared that preliminary estimates have the severance payment for the workers in the range of EC$2.5 million.

“The government will be setting aside by separate capitalisation, of course, because when we would have passed the budget in December, we would not have foreseen or made provisions for closure of a plant.”

Kajola-Kristada also pledged that they would be paying gratuity to the workers.

“And this is not surprising because all through the 20 plus years that Kajola-Kristada has operated in this country, they have tried and have succeeded in becoming one of the best employers in this Federation. And they have basically set the bar very high in terms of other private-sector employers being able to follow. And as a result of that, if you were to look at the data, you would recognise of the 147 workers, the majority of them have been with Kajola for more than 15 years. The range of years of service [goes] from as little as one year to as long as 24 years.”

The new owner of the manufacturing company decided to operate plants closer to the source of their raw materials, China.

What now happens to the 147 workers?

A transition team including members of the Trades and Labour Union, the Labour Commissioner, government bodies, Non-governmental organisations and the Human Resource Manager for Kajola Kristada has been established to “retrain and retool” employees who would be out of work, back in the workforce as quickly as possible.

Meetings with the employees of the company and a series of exit interviews will commence shortly.

The Minister expressed sympathy to those 147 employees out of work, especially in the current global health and economic crisis.