Kalongi Clarke strikes late to give Sugar Boyz a point 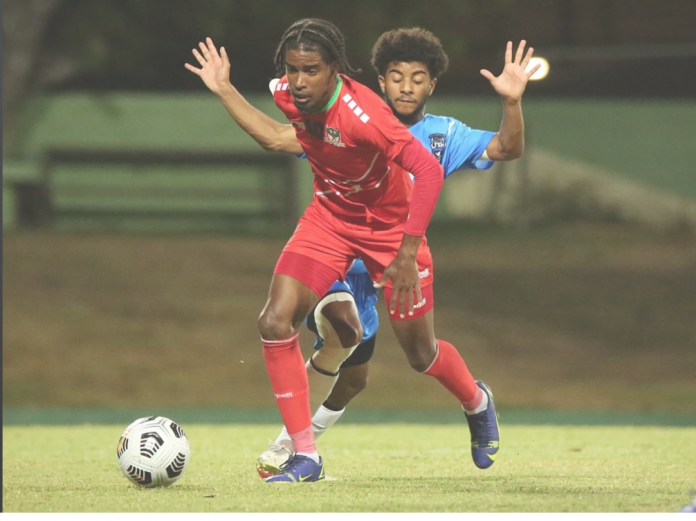 (SKNFA) St. Kitts and Nevis Senior Men’s Team had to settle for a 1-1- draw with French St. Martin in Concacaf Nations League action at the Warner Park Cricket stadium presented by Qatar Airways. Kalonji Clarke rescued a point for the Sugar boys late in stoppage time after Pierre-Bertrand Arne gave the visitors the lead in the 34th minute. Coach Austin Dico Huggins offered some thoughts after the match. “I think we underestimated St. Martin. I am not satisfied with the draw. We didn’t lose but I think that we were supposed to be successful against St. Martin so we have to get back to the drawing board,” Huggins said. “Obviously they made some improvements in their play. They also got more technical players. They played much harder than we are accustomed to of them…it was quite surprising but we came out with one point so I am happy still,” Huggins said.

The Sugar Boyz had already defeated Aruba in their Nations League opener 3-2 in Curacao last week. They will play the return legs of their opponents during the March to June 2023 FIFA international windows.

WhatsApp
Facebook
Twitter
Linkedin
Email
Print
Previous articleLIAT workers travel to Parliament to put case for Mottley to intervene in their severance dispute
Next articleCoach Welsh: The boys are ready to embark on this new journey