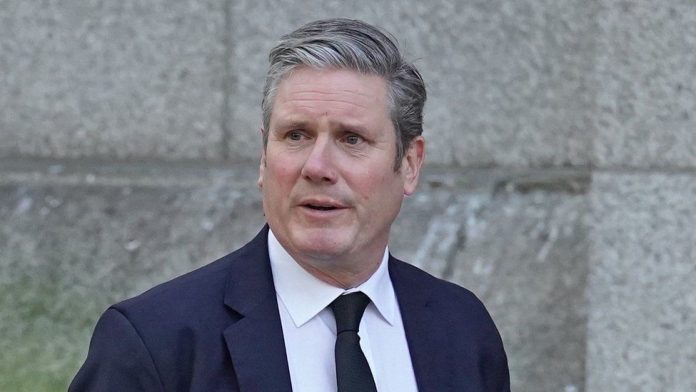 (The Guardian) Keir Starmer and his deputy, Angela Rayner, have been cleared by Durham constabulary of breaching lockdown rules over a beer and takeaway curry they had with staff during election campaigning last year, with officers concluding it was a legitimate work event.

In a relief for Labour, the much-anticipated police announcement said an investigation had concluded that the gathering in April 2021 was reasonably necessary for work purposes, and that no fixed-penalty notices had been issued over it.

Starmer and Rayner had promised to resign if they were fined, having called for Boris Johnson to step down after he was fined for attending a lockdown-breaching social event in Downing Street. Both always insisted no rules had been broken.

In a televised statement after the news, Starmer sought to contrast his stance with that of Johnson, saying he had been warned he was “taking a risk” with his political future.

The Labour leader said: “But it was never about that. For me, it was a matter of principle – it shouldn’t be controversial to say that those who make the law can’t break the law.”

Durham constabulary initially said there was no case to answer after brief video footage emerged of the event on 30 April last year in the office of the City of Durham MP, Mary Foy, during a byelection campaign for the nearby Hartlepool seat.

But in May, the force said it had received “significant new information” about the events and had opened a formal investigation.