Kemba Swanston, one of three recently pardoned, is back in police custody 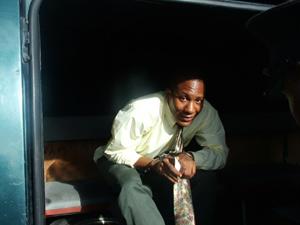 St. Kitts and Nevis (WINN) – Kemba Swanston, one of the three men pardoned by Governor-General Sir S. W. Tapley Seaton on Thursday, August 4, was reportedly arrested on the evening of August 10, just six days after he was freed.

Swanston was allegedly arrested for assault with a firearm.

WINN received confirmation from Superintendent Cromwell Henry of the Royal St. Christopher and Nevis Police Force that Swanton is in custody.

Swanston, on October 10, 2006, was convicted for the murder of  Dennis Trotman and the attempted murder of Davin Henry during an incident which occurred in Keys Village, St. Kitts, on June 2, 2003.