Kenan Thompson Teases ‘Good Burger’ Sequel 25 Years Later: ‘We Are Working Harder on It Than Ever’ 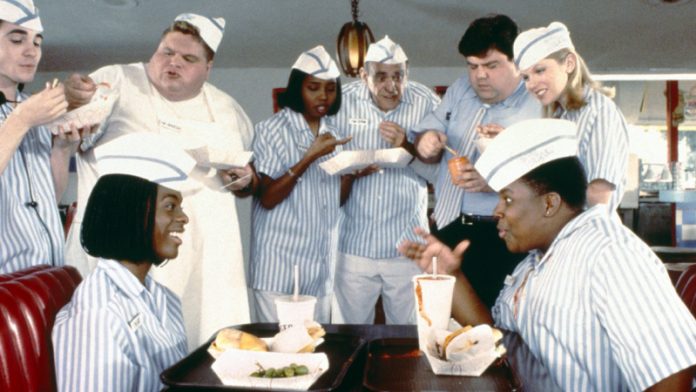 Kenan Thompson said he “would like” a sequel to 1997’s Good Burger, which costarred Kel Mitchell, but “it’s about meeting the numbers”

(People) – Will fans soon be hearing, “Welcome to Good Burger, home of the Good Burger, can I take your order?” once more?

Kenan Thompson teased a potential sequel to the 1997 Nickelodeon film — which featured Thompson alongside frequent ’90s costar Kel Mitchell in the lead roles — during an appearance on The Tonight Show Wednesday.

The conversation began when host Jimmy Fallon asked Thompson, 44, about a joint Instagram post he made with Mitchell, 43, last month to celebrate the film’s 25th anniversary. The caption read, in part, “‘Sup wit that Part 2?!”

“Are you saying that Good Burger 2 is happening?” asked Fallon, 47.

“I would like it to!” the Saturday Night Live star replied. “We are working harder on it than ever, so it’s about meeting the numbers, letting them numbers match up. ‘Cause I need them numbers.”

Good Burger is known from its Mitchell-led sketch in the ’90s Nickelodeon kids’ comedy series All That, where his character Ed — a lovable and well-meaning yet admittedly dim-witted employee at the fast-food joint — was often seen unintentionally terrorizing Thompson’s various characters and others.

Thompson later starred in the film version of Good Burger alongside Mitchell, where he played high-school student Dexter Reed who reluctantly gets a summer job at the restaurant.